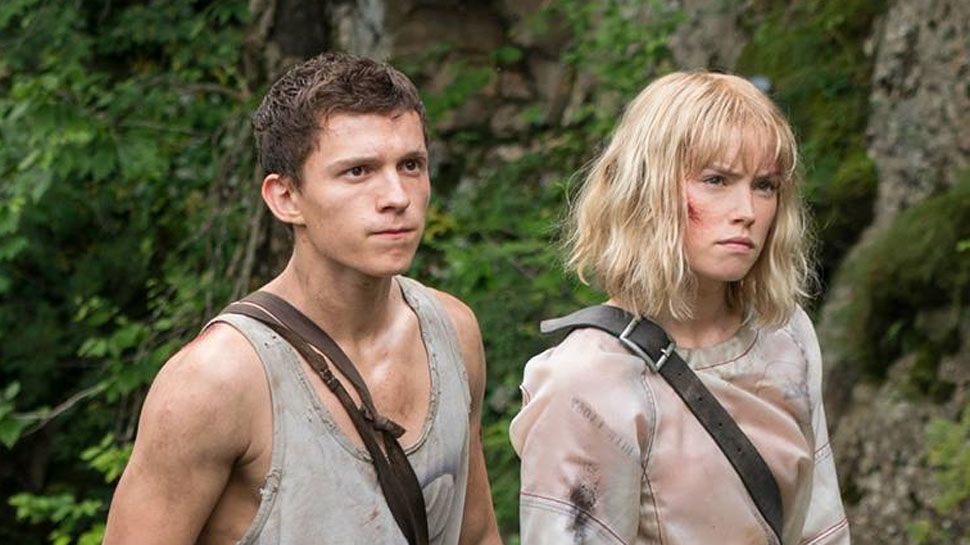 Now isn’t the most fertile ground to be launching a new YA franchise, even one with Tom Holland and Daisy Ridley, two of the hottest young stars in Hollywood. But that’s what Lionsgate is attempting with Chaos Walking, an adaptation of Patrick Ness’s novel set, you guessed it, in a dystopian future. And so the studio is going to do whatever it takes to make sure they get it right, even if that means increasing their investment of time and money.

THR reports that massive “significant” reshoots are planned for Chaos Walking, bringing in Holland, Ridley, and director Doug Liman for a few weeks. They’re even going so far as to bring in Ness to write new pages for additional scenes.  The only hurdle is timing, because Holland is busy with Avengers 4 reshoots and production on Spider-Man: Homecoming 2, while Ridley has Star Wars 9 coming up. Finding a window between all of that is going to be tough so the reshoots may not start until late this year or January 2019.

You may recall this is the project that boasted early on the presence of Eternal Sunshine of the Spotless Mind screenwriter Charlie Kaufman. Since then a bunch of other writers have done rewrites on the story of a future society in which everybody can hear one another’s thoughts in a stream of sounds, images, and words. In this dystopian world there is only one person who is free from The Noise, and along with an unlikely companion she must go on the run to uncover a secret truth.

The plan is for Chaos Walking to open in March 2019 but that is obviously in doubt.