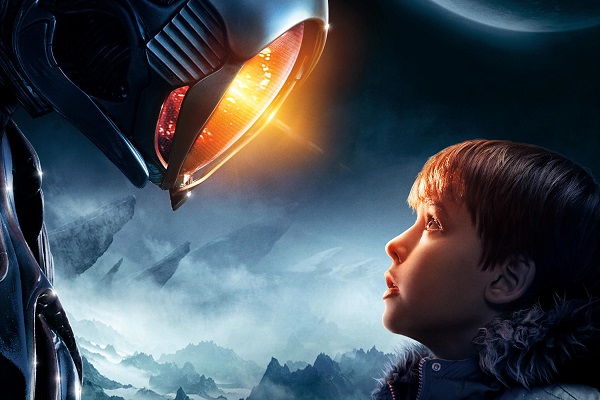 As we continue in the era of “Peak TV,” you can’t but help notice the recent smorgasbord of remakes and reimaginations of many of our favorite cult shows.  Hell, Netflix itself already has given us reboots/remakes of One Day At A Time and She’s Gotta Have It.  Based on their algorithms (or just two manatees creating script ideas South Park style), Netflix has figured out that fans love space dramas.  At one point or another, they’ve had the Stargate TV shows, Firefly, and of course, the Star Trek franchise, so it’s a no brainer that they would develop an Original Series based on something within outer space.  But what could they adapt/create?  CBS decided to get into the streaming game and develop their own Star Trek show, Star Trek Discovery.  Syfy already did Battlestar Galactica.  What classics were in need of a modern upgrade?  Enter: Lost In Space. 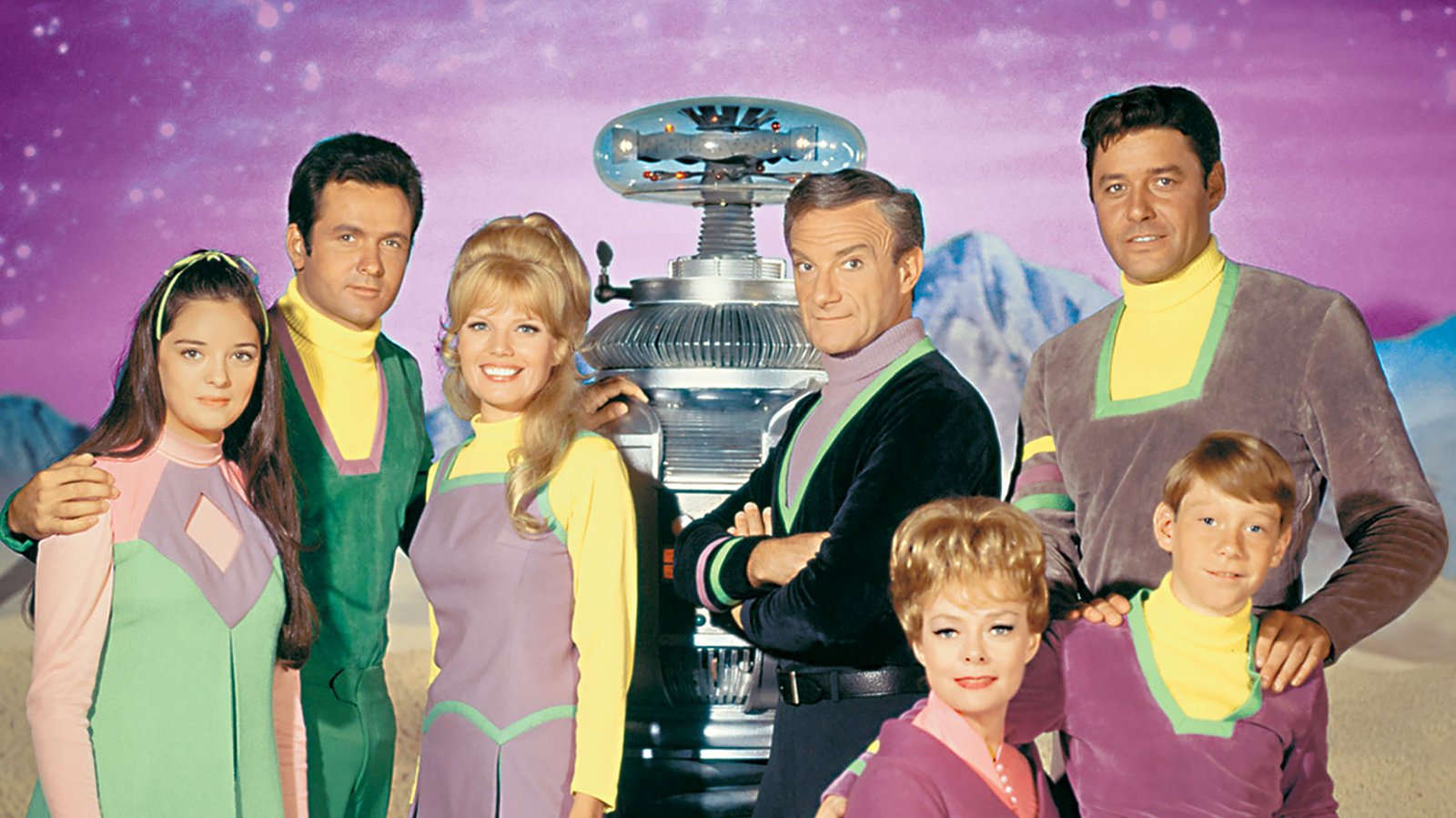 Created in 1967, Lost In Space centered on the Robinson family, who after a freak accident while on a space exploration, became “lost in space.”  The Robinson family consisted of John, his wife Maureen, and children Judy, Penny, and youngest child Will.  In addition to the family, they were accompanied by “Robot,” who we all know from his signature catchphrase “Danger Will Robinson” as it had a unique bond with the youngest child.  Also, a part of the show was the family’s nemesis, Dr. Zachary Smith who causes the family to get lost by sabotages their mission and serves as the family’s enemy.  For the most part, the original Lost In Space operated as a family-friendly show, which was quite campy, as most shows during the late 60s were.  While that type of programming was good for the time, it’s clear that this remake will need to keep up with modern times and modern issues.

And boy did it!

Like how Syfy’s reimagination of Battlestar Galactica took a campy Star Wars/Star Trek knock off from the late 70s into a allegory on our current War on Terror, the new version of Lost In Space gave us a hardened look at family life, betrayals, war, and just having a rough time in a new world, almost the immigrant experience.

Sparing no cash, Netflix’s modern update of the classic show gives us a completely different Robinson family.  First off, their oldest daughter Judy (Taylor Russell) is black having been matriarch Maureen’s child from a previous relationship, meaning that we’re dealing with a blended family, much like families of the current age.  Some of the roles also have changed.  John (Toby Stephens) is no longer an astrophysicist, but he’s a military commander, used to dealing with serious problems of the world via his gun.  Maureen (Molly Parker) is not a biochemist, but she is instead the aerospace engineer and one of the leaders of the Jupiter mission.  John and Maureen are also in the process of getting a divorce when they go on this expedition.  Don West (Ignacio Serricchio) is not only Latino, he is no longer the brave military pilot he was from the old show, but instead, a Han Solo-ish smuggler that tries his best to look out for only himself, but does have a heart of gold and does the right thing from time to time.  Penny (Mina Sundwal) has a love/hate relationship with older sister Judy, but she’s at the age when hormones are raging hard as she eyes one of the fellow colonists.  Oh, and in this one, there are more families traveling besides theirs.  In addition to just the changes in regards to their roles, there are changes in attitudes.  The family is a little grayer in their behaviors.  They don’t mind toeing the line between right and wrong if it’s for the sake of helping out their family.

When an object called the “Christmas Star” crashes into Earth, mankind has to start exploring the stars and have a more hospitable planet.  Through a rigorous process, people are selected to board a ship called “The Resolute” which housing many other ships called Jupiters.  As the lucky people prepare to head off in search of a new planet that will help keep humanity thriving, something terrible happens onboard The Resolute, forcing the colonists to evacuate and crash on a new, unexplored planet.

The family is immediately tested when they harsh land on the harsh planet.  Because the family has been preparing for this trip, they all do what they need to do in order to try to survive when their ship the Jupiter 2 crashes into a frozen lake, where oldest child Judy suffers from PTSD after being frozen in the lake.  This is when Will (Maxwell Jenkins) happens upon Robot.  In this new version, Robot isn’t a man-made sentient assistant for the family, but…. Something else.  Robot and Will have a relationship that is similar to the original series, but the otherworldly origins help develop the mythology of the new series.  Even him saying “Danger Will Robinson” is no longer friendly, it’s almost a scary warning.  Of course, Robot is a fresh CGI update and no longer the comical “man in suit” from the original, but a shape-changing, seven foot tall, super-strong Terminator-esque figure.

While there are many colonists who survive the crash onto the hostile planet, none other stand out like “Dr. Smith” (Parker Posey) who is far more villainous than the original version of the character.  This version of Doctor Smith is a woman, who manages to lie, cheat, and steal her way onto the expedition, and when they are about to crash, steals the identity of the real doctor.  Posey plays the role with brilliant insanity and cunning manipulation that allows her to get out of any tough spot with ease.  While we the audience know that she’s the villain, the Robinsons nor any of the other colonists know that she’s the one they need to keep an eye on.

One thing the show does that’s interesting, is give us backstory via flashbacks.  They aren’t (sometimes) tedious flashbacks like how Lost used to give is.  We literally start the sow in the middle of them about to crash into the planet.  The flashbacks give the audience a semblance of what’s going on, their history, as well as some character motivations.  Doctor Smith even gets her own flashback to tell you about just how screwed up she is in the head.  As interesting as the flashbacks are, one of the disappointing things is their abrupt stopping halfway through the show.  It’s as if the producers did a focus test after a certain number of episode and the research showed that everyone hated it, and it’s nowhere to be found in the later episodes of the inaugural season.  Another thing that may grind your gears, is the Robinson family panache for getting themselves into all sorts of trouble, but then MacGyvering their way out of the problem at the last minute.

The heart of the show is with the Robinson family, who even though have a series of problems with each other (divorce, PTSD, lying, leaving your family to go on assignment on purpose, etc), are the key ingredient of the show, especially Will Robinson.  Usually, child actors aren’t always the best, but hey, we’re in the age of Stranger Things, nowadays kids can act circles around adults.  Young Will may be too trusting of Dr. Smith at times, and not fully realizing that his control over Robot is the equivalent of a 9-year-old having the codes to a nuclear missile, but Maxwell Jenkins does a great job of showing the innocence of a young child in search of respect and love anywhere he can get it.

Is Lost In Space worth 10 hours of your life?  You betcha.  While the show takes a narrative tone completely different than the original, which is bound to anger purists, don’t get it twisted, like the Battlestar Galactica re-imagination to a more  contemporary time, the attitudes of our current age are well captured in the new version of the show, but it’s still completely about the Robinson family, this time the family has their own warts that you will learn about, yet still like them.

‘Lost In Space’ Season 2 Trailer: The Robinsons Are More Lost Than Ever And Minus Their Robot

‘Madeline’s Madeline’ Trailer: You’ve Never Seen A Trailer Like This Before