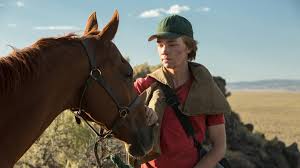 I’m not sure if you’ve seen the trailer for Lean
on Pete, but it’s kind of ridiculous. It’s a very earnest series of
shots displaying the unlikely love between a boy and his horse.  It’s nothing but clichés and awards laurels
praising it to be very important, and
I just can’t. Needless to say, my expectations were pretty low heading into
this film, and I’m happy to report that I was wrong. Lean on Pete is actually
a pretty good movie.
Charlie Plummer stars as the aforementioned troubled young
boy living a rough life with his neglectful father, who just isn’t capable of
being there for his son. The only comfort he finds is in his job with Del (Steve
Buscemi) taking care of race horses, particularly the titular horse Pete. 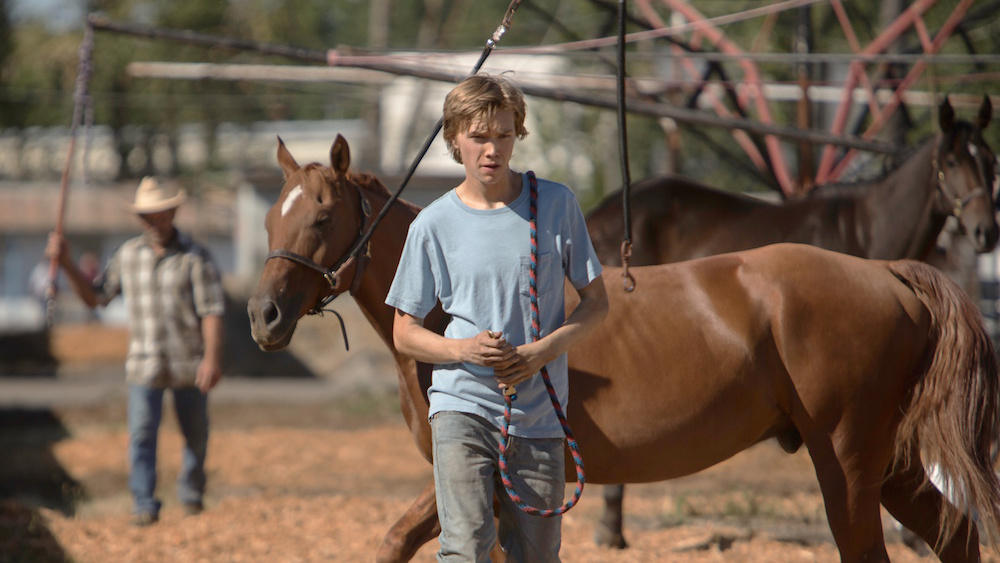 Luckily, the movie isn’t as schmaltzy as it sounds. The
writing and performances are both fantastic and elevate what could have been a
pretty corny boy-and-his-horse movie. Buscemi is as charismatic as ever, and
Plummer just knocks it out of the park. He showed a lot of promise in last
year’s All the Money in the World, but really gets a chance to shine
in this one. His All the Money performance was far more based in realistic
suffering, whereas in this film he gets to show a lot more depth. He plays a
young man who doesn’t fit into society the way he feels he should, and is too
proud to accept the help he’s offered. It’s a compelling character study that
Plummer handles brilliantly.
What’s odd about Lean on Pete, and makes it stand out
from other sad animal movies, is its plot structure. We follow the story of the
boy, the horse, and Del for a little over an hour, before transitioning to what
almost feels like an entirely new plot for the remainder of its over-two-hours-long
runtime.

It’s going to sound a little weird, but the only thing I can
think of to compare this plot shift to is Jaws. You know how the first half of
that movie takes place on land, focusing on the town’s reaction to the shark,
and then the second half is just as long and takes place on the boat, with them
fighting off the shark? That’s what Lean on Pete feels like. It feels
like a strong two act film, with each act being close to feature length. It’s
as if this movie contains its own sequel, and in doing so, loses some of the
momentum they built in the first half, as we watch the boy travel the country
in a series of vignettes of different abusive situations. Perhaps it would have
been best to release it in two parts, or only having the first part adapted
like Call
Me by Your Name. Regardless, there’s a weird, prolonged tonal shift
that happens and I’m still not quite sure why.
Ultimately, however, this is a very solid movie that far
exceeded my expectations. When it’s about a boy and a horse, it’s compelling.
When it’s about being a homeless youth in America, it’s compelling. Lean
on Pete is a pretty solidly crafted movie, even if it is too long for
its own good.
Rating: 3.5 out of 5

‘The True Adventures Of Wolfboy’ Trailer: Jaeden Martell Stars As A Hirsute Kid On A Journey Of Discovery