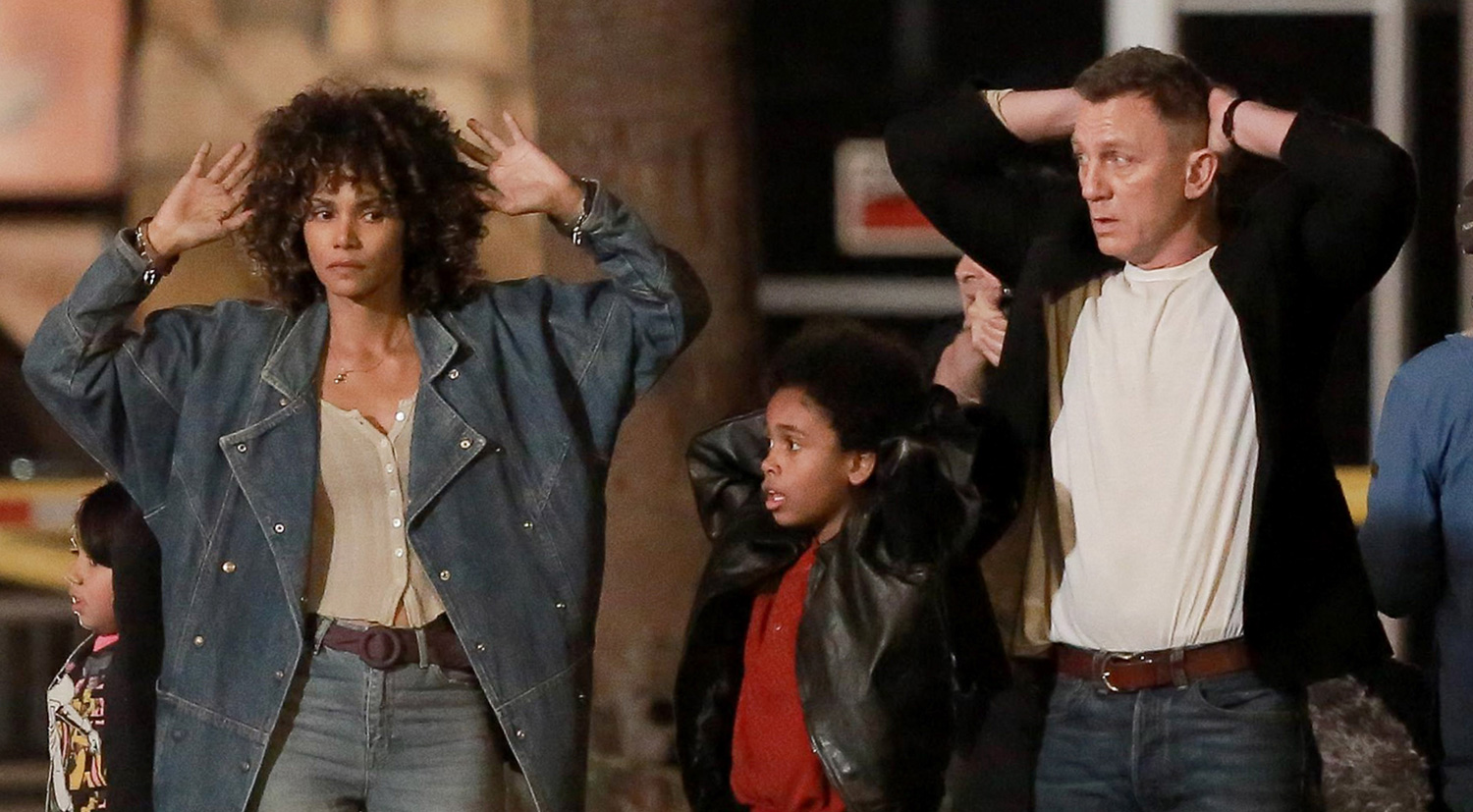 Turkish-French director Deniz Gamze Erguven’s won hearts and nearly an Academy Award for her soulful coming of age film, Mustang, about a group of sisters breaking free from their conservative Turkish upbringing. On the surface it’s a little difficult to figure out how and why she would then jump to a very American story, that of the 1992  L.A. Riots, with the haphazardly-focused melodrama, Kings. Following on the heels of Kathryn Bigelow’s fact-based and widely overlooked Detroit, Erguven paints a chaotic and mostly fictional picture of explosive racial tension. But within the bedlam she manages to carve out a heartfelt corner where family and civic duty are virtues to withstand the flames of division.

Erguven has big ambitions with Kings, perhaps too big. For one thing, she has a starry duo of Halle Berry and Daniel Craig to feed screen time to. The gloss of celebrity can be a distraction from true examinations of traumatic past events, but in this case it’s the artificial nature of their characters’ actions that distract from what is mostly an authentic look at the Riots’ impact on an entire generation. Berry plays Millie, a kind-hearted but overworked woman whose house is full of the at-risk youths she has taken under her wing. At first it’s tough to figure what the heck is going on under her roof; there are kids of all ages and ethnicities scrambling around, with Millie too busy to truly maintain order. But there’s simply too much for one woman to handle. She works a number of odd jobs trying to make ends meet but her refrigerator is always empty, the kids are starving and resorting to whatever underhanded means to get food. 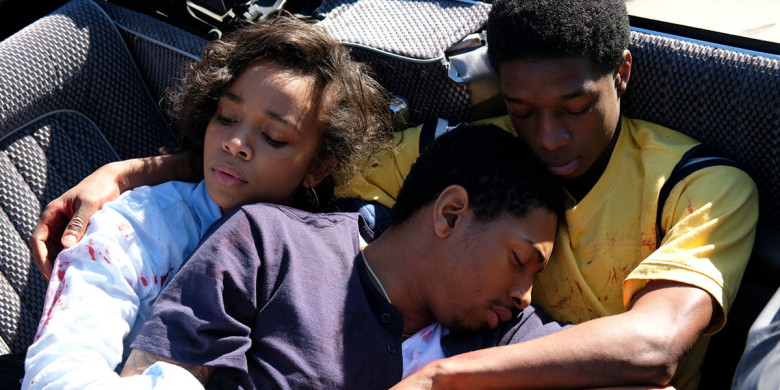 The young children are bad enough but Millie also has hormonal teens to watch over. Fortunately, her son Jesse (Lamar Johnson) is a good egg, and longs to take care of beautiful and street-wise Nicole (Rachel Hilson, fantastic). In a city where most of the shops are Korean-owned and heavily armed, that either of these teens dare to shoplift shows the depth of their desperation. That combined with the recent Rodney King beatings and eventual verdict have Los Angeles on a razor’s edge. When a Korean shop owner kills a girl (a rather weak rendition of the Latasha Harlins murder) for supposedly stealing a bottle of orange juice, the city explodes in fire and destruction.

Up until this point Erguven kept her intentions and attentions tightly-bound to the little moments, the daily frustrations, disappointments, and anger that come from living in a place where societal oppression is not only seen but felt. It all feels electric and alive, and mostly does so by highlighting the movie’s less recognizable stars. They bring a youthful energy and authenticity to Jesse and Nicole’s dreams of an escape to a better life. Their story grows, but also becomes muddled when the Riots begin. Worse, their story starts taking a backseat as Kings grows increasingly ridiculous and less about anything in particular.

While South Central is literally burning to the ground, Millie is preoccupied with her sexual attraction to Obie (Craig), a drunken neighbor who previously has only been seen when threatening to call social services to take her kids away. Or when he’s firing guns into the air to rebel angrily against society. At no point does he ever seem like a real person, and for a while I thought maybe he was a figment of her imagination. However, Millie finds herself constantly pulled into his orbit as her charges dash off into the city-wide turmoil and she needs help to find them.

That’s when the wheels start to come off, as Millie and Obie find themselves caught in a lame-ass action sequence in which they are handcuffed to a lightpost. The reasons behind it are too ridiculous to go into, their means of escape is even worse. But it’s unclear what Erguven wanted us to get out of it. There’s no shortage of drama in the surrounding violence, so why do we need this bit that if it weren’t so sad it would funny? Her A-list stars don’t seem to know how to play it, either. There’s a moment when Millie has to get naked to help facilitate their escape, and the look on Craig’s face is about as unsure as I’ve ever seen it. He has no idea if this scene is meant to be comic or what.

Meanwhile, Erguven finds greater resonance capturing the buzz of the period. The rise of the 24-hour news cycle would have television sets all throughout the city capturing its own destruction, broadcast to a nation glued to their couches. The cops, both emboldened and shamed by the acquittal of Rodney King’s attackers, loom like sentries waiting to arrest anybody caught too far away from the mob of angry citizens. There is bloodshed around every corner, some intentional, some not so much. There’s a powerful moment, punctuated by some clarifying humor, as a Burger King employee pleads with a mob of rowdy rioters not to burn down the restaurant because then there would be no more hamburgers, no more fries, no more milkshakes. Who doesn’t love burgers and milkshakes? Surely a night of rioting will leave people hungry.

It’s scenes like that which I think best exemplify what Erguven was going for with Kings. The film has been soundly thrashed since debuting at TIFF last year, and while it deserves criticism for being wildly unfocused and messy, it’s when Kings slows down that Erguven best captures civil unrest with brutal honesty.