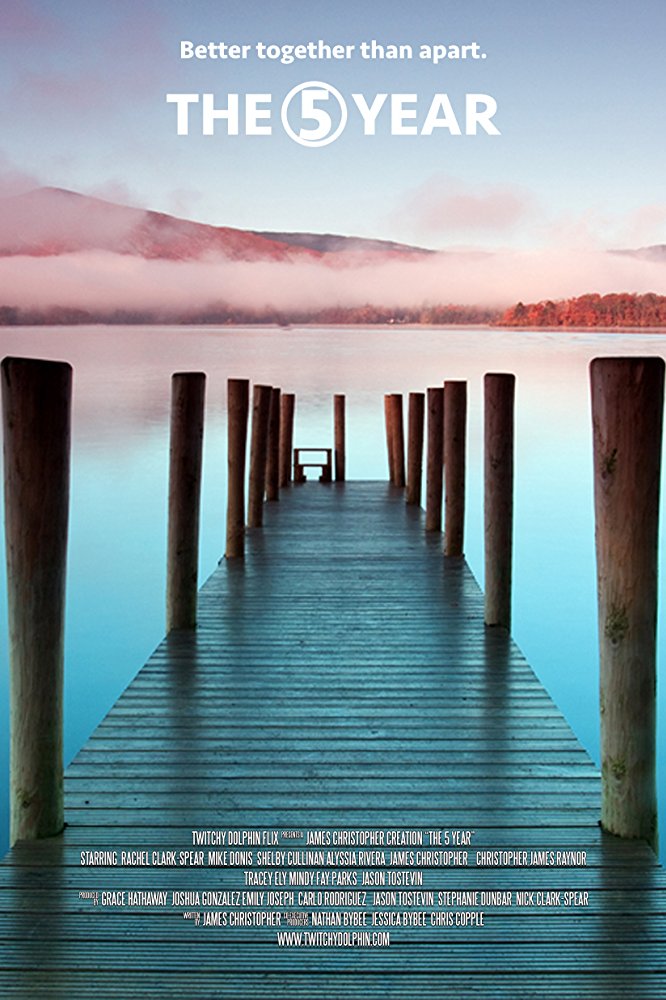 The new indie dramedy film The Five Year follows the
fairly simple story of a tight knit group of friends who reunite for a lakeside
weekend getaway after five years apart. Screening last night at the Nova
International Film Festival, the film follows the dynamics and relationships of
the various friends, and how they’ve shifted as the group grew apart. We also
watch them have fun at the lake a lot and get into various amusing shenanigans.
It is a comedic drama, but honestly, to me it felt less like a traditional
comedy and more like a series of scenes of people who are inherently funny
having a fun time. In that sense, it reminded me of the more recent Adam
Sandler movies, but not in a necessarily bad way.
Now before it begins to sound as if I’m condemning something
to trashy Sandler-Land, allow me to explain what I mean. Sandler has recently made
a string of films that focus less on traditional comedic elements and are more
centered on a whimsical spirit and exotic settings. In that sense, in its form
rather than its content, The Five Year feels like a comedy.
There were moments in this movie that felt like I was just straight up watching
a group of friends go on a vacation together, which is an interesting
experiment. There’s also a strong mumblecore influence pulsing through its
veins as we simply observe their lives.
That being said, the laughter does stop hard in the third
act as all the various conflicts we’ve observed come to a head: The marriage
that’s on the rocks; the secret affair with your best friend’s sister; the fear
of giving up your dreams. All of these heavy themes are allowed to blow up in every
character’s face, putting an immediate halt to any humor, which is a very
modern form of dramatic-comedy storytelling.
To me, Judd Apatow is the king of this trope. So many of his
films stop the laughs in the third act to focus on the deep emotional trauma
beneath the surface of its characters. Personally, I’m not much of a fan of
Apatow-ing in a dramedy, but I do understand its effectiveness, and give points
to The
Five Year for providing more somber outlets for its cast members to
shine.
Clearly this cast has chemistry together, and the team
behind the camera must as well. There are some aerial shots and montages in
this movie that are nothing short of beautiful, and are paired well with some
excellent original songs. I truly only wish these resources could have pooled
to tell a more conventionally cohesive story, as opposed to a 90 minute mood
piece with occasional laughs.
That being said, Nova Fest is a platform for unconventional
filmmaking, so if there’s a home for a work like this, it’s here.
Rating: 2.5 out of 5