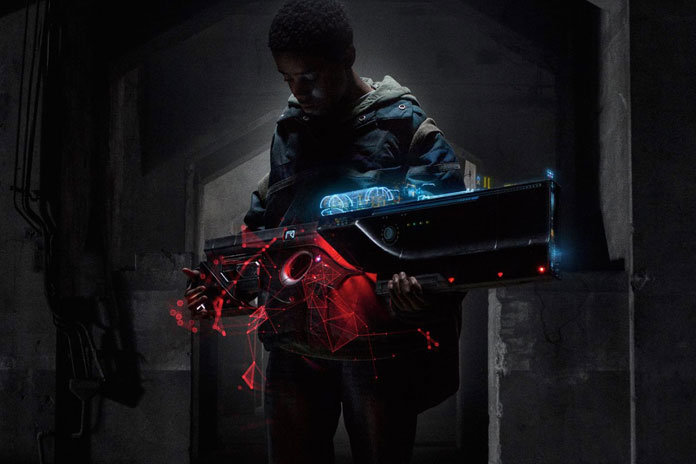 Carrie Coon continues her deep dive into sci-fi, appearing this week as Proxima Midnight in Avengers: Infinity War. She’s got a pretty sweet fight with Black Widow there.  And you can also find her now in the new trailer for Kin, Lionsgate’s sci-fi thriller that has Coon surrounded by an impressive cast that includes James Franco, Dennis Quaid, Zoe Kravitz, and Jack Reynor.

That’s a lot of talent for a pair of first-time directors, Josh and Jonathan Baker, expanding on their 2015 short film Bag Man.  Family is at the center of this post-apocalyptic flick about a young boy named Eli (Myles Truitt) his adopted ex-con older brother (Reynor) forced to go on the run from a vengeful crimelord (Franco), federal agents (Coon being one), and otherworldly soldiers. They all want the mysterious weapon Eli discovers and uses to protect his family.

The script hails from Daniel Casey, an uncredited writer on 10 Cloverfield Lane, so he’s got some genre cred to offer.  Kin hits theaters on August 31st.