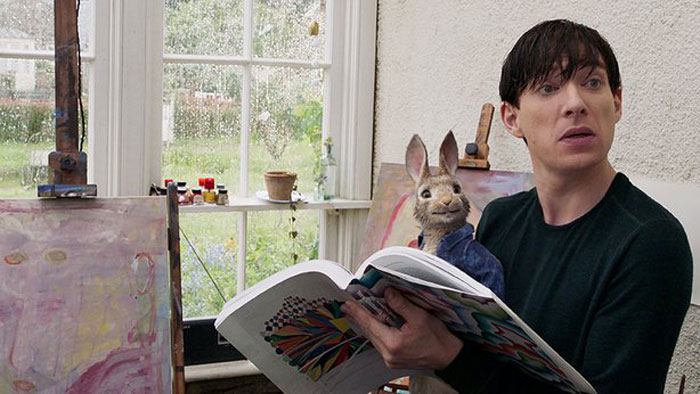 Fresh off the herculean feat of turning Peter Rabbit into a $300M (!!!) smash hit, Domhnall Gleeson is about to turn up the heat. The Star Wars actor is in talks to join mob film The Kitchen, an adaptation of the graphic novel that will star Melissa McCarthy, Tiffany Haddish, and Elisabeth Moss.

The directorial debut of Straight Outta Compton writer Andrea Berloff is based on the Vertigo Comics series about a trio of mob wives who take over their husbands’ corrupt business when they are sent to jail. The ladies prove themselves to be just as brutal and ruthless as their husbands ever were. Also in the cast are Margo Martindale, Brian d’Arcy James, and Bill Camp.  Gleeson will play Gabriel O’Malley, an intense Vietnam vet and former mob hitman who leaves town to avoid being arrested but returns later to settle old scores.

Gleeson will be seen next in this summer’s The Little Stranger, a reunion with Frank director Lenny Abrahamson.  The Kitchen opens September 20th 2019. [THR]