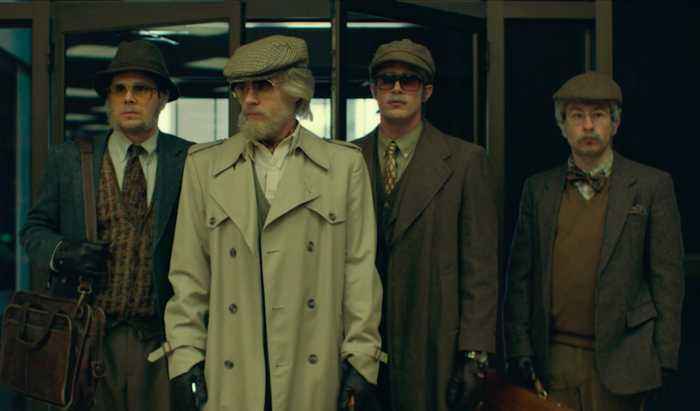 It’s taken a few years for The Impostor director Bart Layton to hit us with a followup, but when he did he came throwing haymakers. At Sundance I attended the premiere of his incredible heist film, American Animals, a truly unique genre film based on one of the biggest thefts in history that you’ve probably never heard of.

Starring Evan Peters (aka Quicksilver in the X-Men movies), Dunkirk‘s Barry Keoghan, Blake Jenner (Everybody Wants Some) and  Jared Abrahamson (Hello Destroyer), the film chronicles the true story of four suburban Kentucky college students who broke into Transylvania University in an attempt to steal a number of rare books, including Audobon’s Birds of America which is valued at $10M.
The film has incredible energy throughout, but what the trailer doesn’t show you is its biggest selling point. Layton includes scenes of interviews he conducted with the real-life thieves, now all grown up and reflective of their actions that fateful day. Some of them are remorseful, some of them aren’t. It’s fascinating to see how their attitudes and perspectives have changed with time.
American Animals opens June 1st. Check out the trailer below and my review from Sundance here!

Review: ‘I Am Woman’