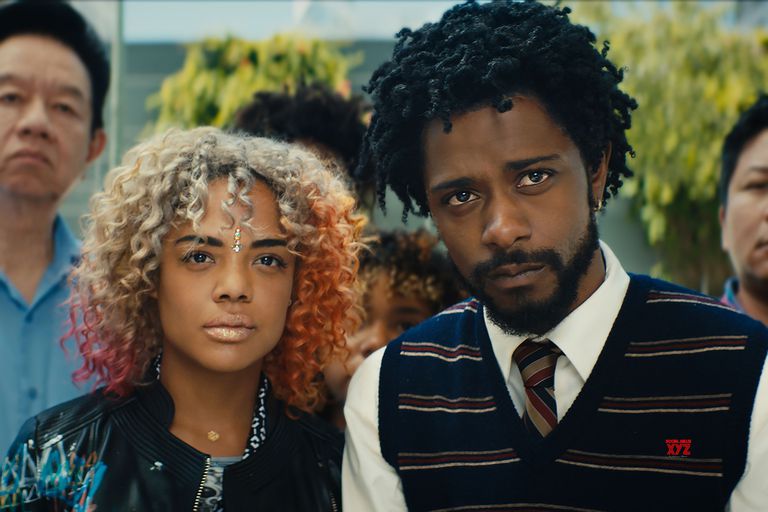 Sundance is quickly becoming the house that Lakeith Stanfield built. The last few years the Atlanta star has been a ubiquitous presence there, appearing in numerous flicks that feel out of left field for the actor. Come to find out, left field is sorta where he thrives, and this year saw him take the lead role in Sorry to Bother You, the weird directorial debut from The Coup frontman Boots Riley. It would take two hands and both feet to count up the number of odd movies that play at Park City, but this one managed to take the cake, and now you can see part of the reason why in the new trailer.

It means something different to sell out in 2018 then it did to sell out in the ’90s, and that Riley is exploring the difference in the most bizarre way possible. Stanfield stars as Cassius Green, an Oakland native who lands a dead-end gig as a telemarketer, only to strike it big when he learns how to sell using his “white voice”, which sounds a lot like David Cross…because it is David Cross. That’s just the first step in what would be an insane journey into dystopian race relations, culminating with giant horse men with massive exposes penises.

The cast for this one is great with Tessa Thompson, Danny Glover, Steven Yeun, Omari Hardwick, and Armie Hammer. In my mostly positive review I compared it to another movie about selling out, Livin’ Large, and I have to believe Riley was a fan of that one, too.