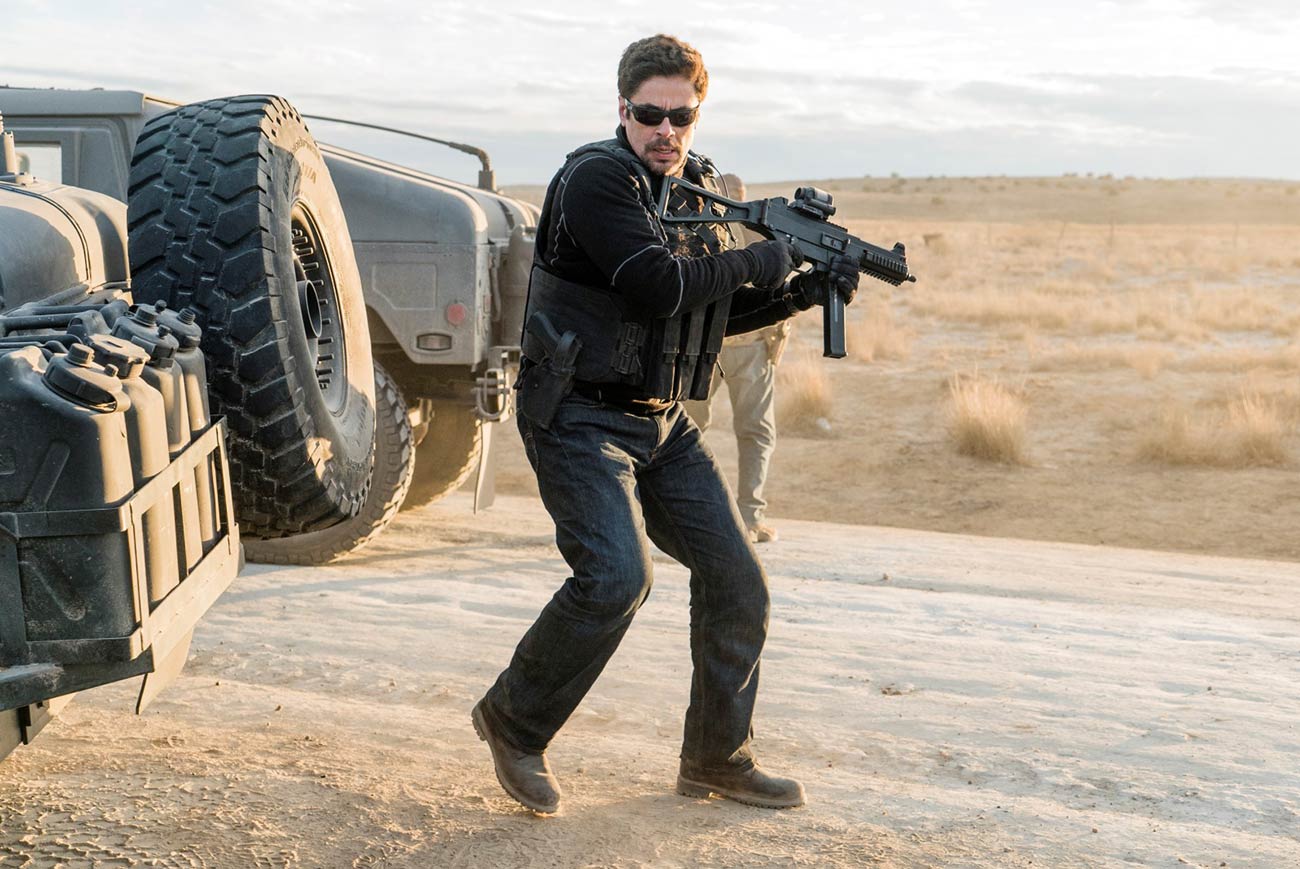 Most sequels you can see coming a mile away, but Sicario 2: Day of the Soldado, definitely isn’t one of them. Denis Villeneuve directed the first one, a drug thriller that launched Taylor Sheridan’s unofficial law enforcement trilogy with Hell or High Water and Wind River. But the drug war flick never seemed like it needed a followup, unless it was going to do something like focus on mysterious killer Alejandro Gillick, played terrifyingly by Benicio Del Toro. Well, that’s exactly what the sequel does. Bring it on.

While Stefano Sollima is behind the camera for this one, these movies really belong to Sheridan who is back as screenwriter. Del Toro and Josh Brolin are together again for a story that will find their federal agents unleashed in a new war against the Mexican drug cartels. Here’s the synopsis:

In Sicario 2: Soldado, the drug war on the US – Mexico border has escalated as the cartels have begun trafficking terrorists across the US border. To fight the war, federal agent Matt Graver (Josh Brolin) reteams with the mercurial Alejandro (Benicio Del Toro).

‘Without Remorse’ Trailer: Michael B. Jordan Is Ready To Bring The Pain In Amazon’s Tom Clancy Thriller