Jose Padilha’s solid, workmanlike 7 Days in Entebbe depicts the audacious 1976 hijacking of an Air France by the Popular Front for the Liberation of Palestine (PFLP), a left wing group that sought Israel’s release of Palestinian prisoners. However, it’s a film really about two German terrorists and how they let ideology and guilt sweep them up into this dangerous game. It’s an unusual and intriguing perspective to take on one of the most explosive chapters of the Israeli/Palestinian conflict. 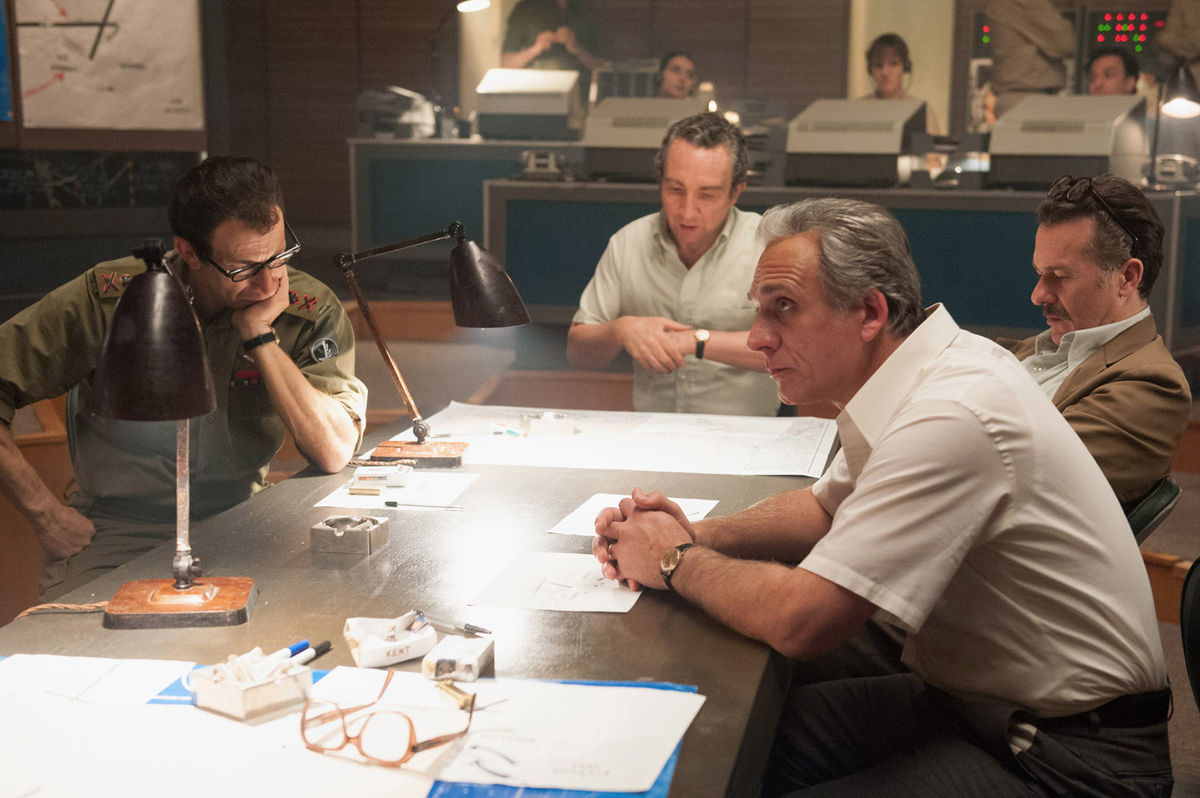 Beginning and occasionally peppered with a thunderous, pulse-pounding performance of “Echad Mi Yodea” by the Batsheva Dance Company, 7 Days in Entebbe quickly settles into state of high anxiety. Rosamund Pike and Daniel Bruhl play left wing German terrorists (they would call themselves “revolutionaries”) Wilfried Böse and Brigitte Kuhlmann, who find themselves part of the four-person hijacking team that violently takes over the Air France plane and detours it to Uganda, where they are met by the smiling, brutal dictator Idi Amin (Nonso Anozie). Holed up in a broken down, decrepid airport with poor sanitation, the passengers, many of whom were Jewish, were used as leverage to force Israel to negotiate, a stance they have never taken when dealing with terrorists. 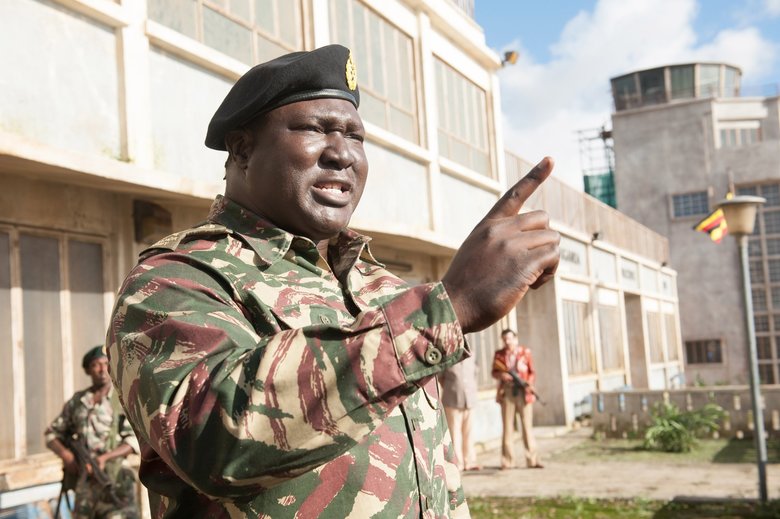 Screenwriter Gregory Burke leaps across multiple viewpoints to try and tell a complete story, and in many cases the approach works. From the Israeli government we get a glimpse into the conflict between Prime Minister Yitzhak Rabin (Lior Ashkenazi) who was just looking to avoid bad headlines by any means necessary, and his Defense Minister Shimon Peres (Eddie Marsan) who had a more aggressive idea in mind. Mainly, the film wants us to sympathize with Wilfried and Brigitte, who find that their outsider status among the Palestinian hijackers has put them in a tenuous position. Trapped just as badly as the hostages, they are nonetheless compelled to stay out of fear. Brigitte’s more of a wild card while Wilfried is normally the calm, collected sort, however even that places him at odds with his colleagues. A great deal of time is spent recounting how these two German radicals are motivated by public perceptions of post-WWII Germany. That said, they still find themselves threatening to kill a plane full of Jews as the eyes of the world are on their every move. 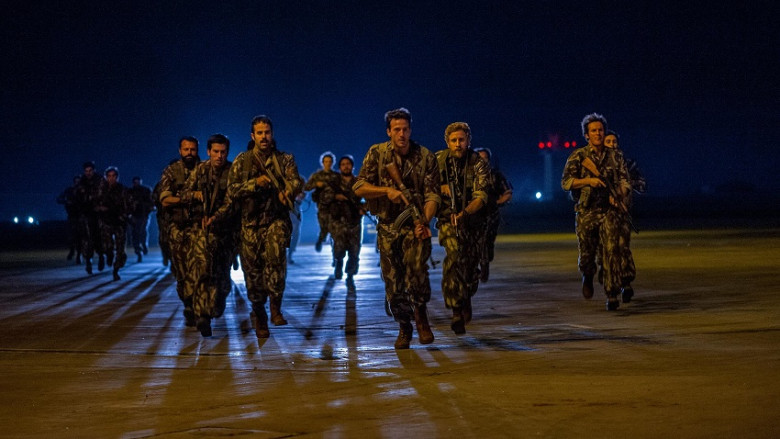 The conflict within Brigitte and Wilfried provides most of the film’s most captivating drama, and adds fuel to the already tense hostage standoff. A huge number of characters split the audience’s attention, however, making it difficult to connect with any of them on an emotional level. There are no traditional heroes or villains here, and the split narrative hinders any particular point of view by the screenwriter. That fits well with Padilha’s efficient approach behind the camera. From his Elite Squad movies to his Robocop remake and his Narcos series on Netflix, Padilha has always stayed detached from his subjects. It works in a docudrama sense; 7 Days in Entebbe feels authentic in just about every way, but doesn’t always inspire strong feelings towards any particular aspect. Which may explain forced elements like a troubled romance between an Israeli soldier (Ben Schnetzer) taking part in the climactic Operation Thunderbolt and his girlfriend, a dancer who wants him out of the military. 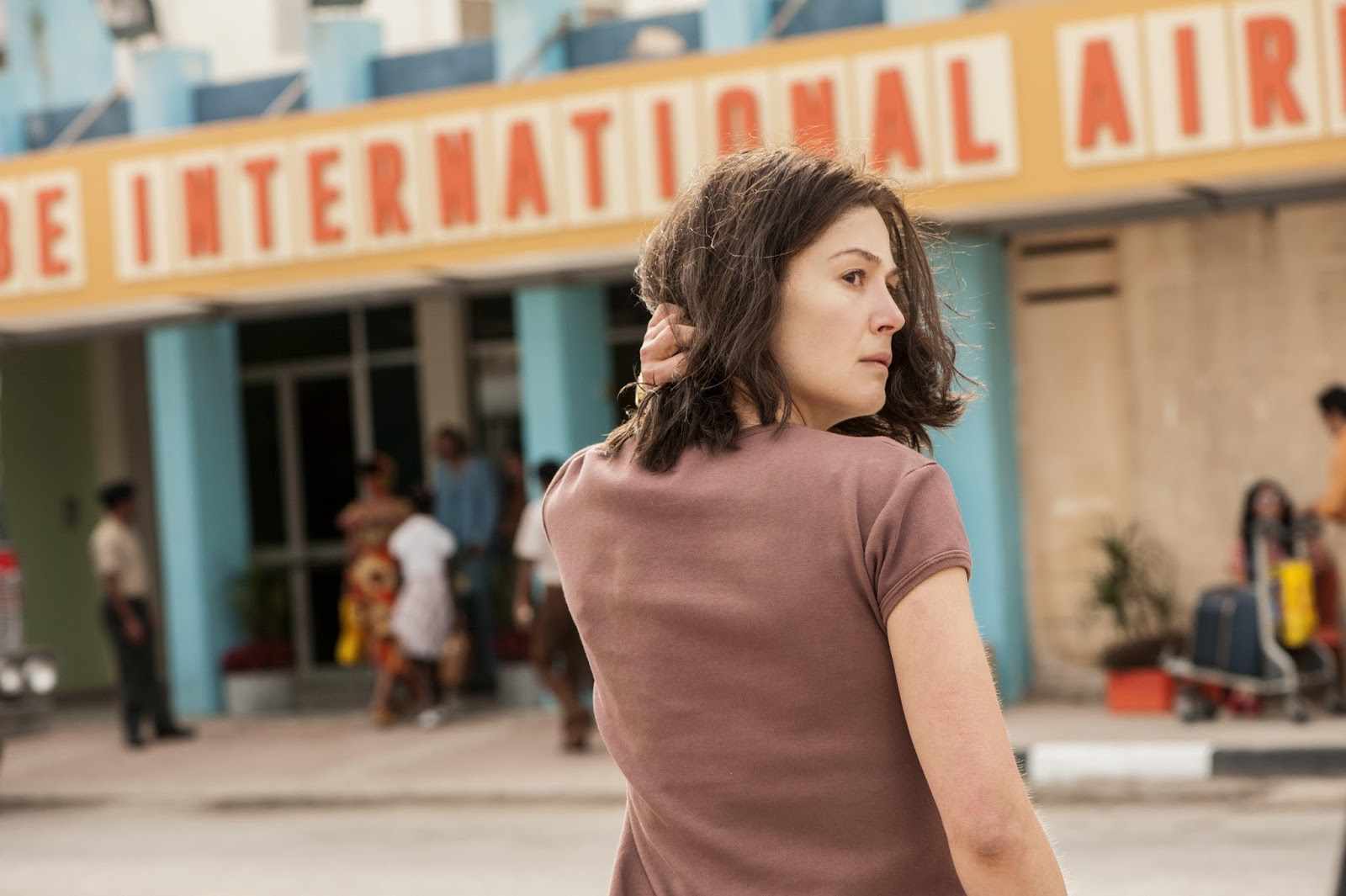 7 Days in Entebbe has the stars and the real-world ticking clock drama to rival Ben Affleck’s Argo. While it doesn’t thrill nearly on the same level, it’s still a taut, mature political thriller with fresh insights into a major event on the world stage.

Review: ‘The Gentlemen’, Another British Gangster Flick From Guy Ritchie? Sign Me Up.

‘The King’s Man’ Trailer: Matthew Vaughn Takes Kingsman Back To Its Roots