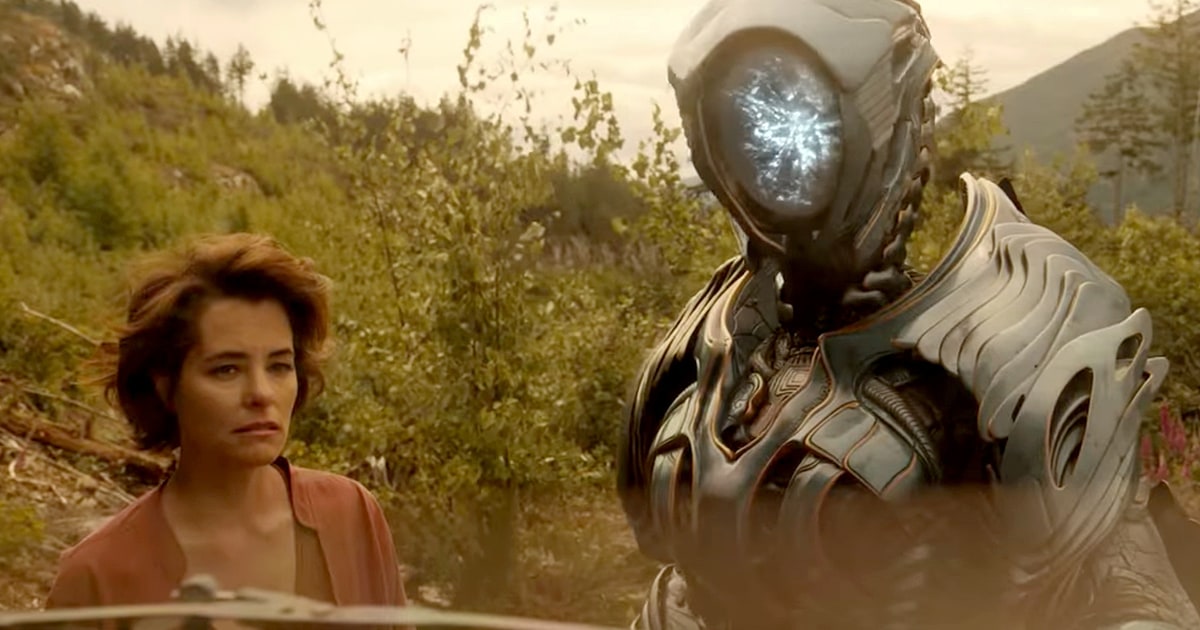 The first teaser Netflix released a few weeks ago for Lost in Space didn’t exactly blow me away, but one thing apparent about it was the expense. Clearly, the streaming service has put a lot of money into this new version of the 1960s sci-fi adventure series, and that is the biggest takeaway from the full trailer. This show looks amazing, like it should be playing on the big screen somewhere.

But visuals aren’t everything, and the fun still seems to be missing. There’s also some question about the talent behind the camera, beginning with showrunner Zack Estrin (Prison Break) and writers Matt Sazama and Burk Sharpless (Dracula Untold, The Last Witch Hunter).  Toby Stephens, Molly Parker, Taylor Russell, Mina Sundwall, and Max Jenkins star in the series set 30 years in the future and following the Robinson family, space colonizers who are knocked off course while on the way to their new home planet. To get home they’ll have to work together and survive untold dangers lightyears away from the original destination. This trailer, which clocks in at nearly 3 minutes, gives us a look at some of the amazing alien worlds that will be visited, plus our first good look at the family’s robot companion, who looks like a Stranger Things reject. But I suspect most of us will be watching just to see Parker Posey in outer space.

Lost In Space will drop all ten episodes on April 13th.

Here’s The Trailer for ‘Unbreakable Kimmy Schmidt: Kimmy Vs The Reverend’ Interactive Special!