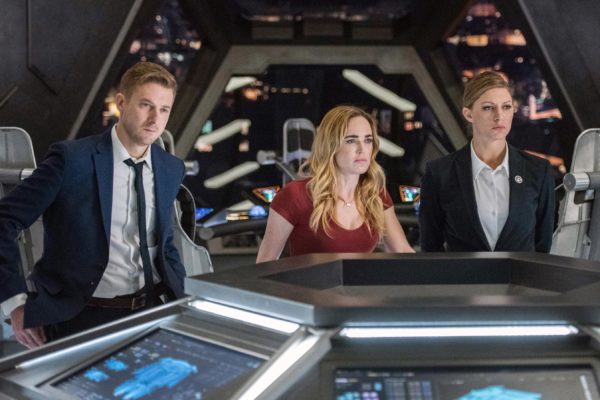 Legends of Tomorrow continues their streak of single character-centric episodes.  Two weeks ago, we had a Zari-specific episode.  Last week, we focused most of our attention on Amaya, in which she not only got to be a pirate queen in the Bahamas in 1717, but she also lost her totem (and she sees it as a good thing) as the Legends continue their battle against Damien Darhk, his daughter Norah, and then entity possessing her Mallus.  The episode ended with Ray getting kidnapped by a revived Nora, so guess who we are going to spend our time with?

If you guessed Ray, you were half right.  While the Legend we focus on is Ray Palmer, the episode also concentrated on the complicated father/daughter relationship of the Darhks as Damien and Norah have their own issues to deal with.  Having kidnapped Ray and under threat of torture, forcing him to leave cryptic messages for the Legends across time in the hopes of a “rescue.”  They really want to try and uncover the mystery of Nora’s new totem.  Turns out she cannot harness the power of Amaya’s vixen abilities.  In addition, Damien has discovered the fire totem, although in pieces.  They need to figure out a way to piece it back together.  Lucky for them, they have a scientist who’s their hostage.  Damien also knows that the fire totem can be fixed via cold fusion.  But isn’t there no such thing as cold fusion?  Well, according to Damien, it was discovered in the 1960s by a Berlin scientist, however, a younger Anton Chigurh looking Damien (hence “No Country For Old men episode title) assassinated the scientist.  Nora decides that she needs to go back in time with Ray to save the scientist from her dad. 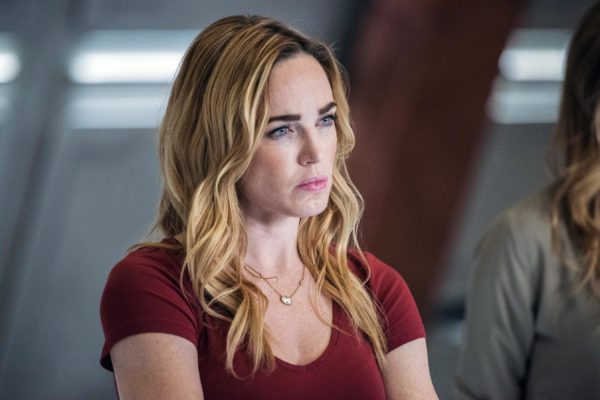 On the Wave Rider, the Legends barely discover that Ray has been missing.  Sarah and Ava enjoyed a night together and Zari was trying to go on a joyride when they realize that the dishes haven’t been done.  Also joining them is Ray and Wally (who finally has something to do in the Arrowverse), and they realize that Ray is in trouble.  However, they don’t know when in time he is with the Darhks, so they have to wait and see when they are.  Amaya and Zary try to commune with Amaya’s totem on the ancestral plane (in a very Black Panther-ish way) to try and find out where the totem is.  While they don’t have any luck finding them, Amaya learns that if Norah is able to tap into Amaya’s totem, it will help release Mallus from his prison, which towards the end of the episode has disastrous consequences.

In 1962, Norah and Ray find the scientist and try to save him from younger Damien.  While the disastrous wig-wearing younger Damien doesn’t have magic, he does have a killer John Wick vibe, proving it’s hard to stop him.  To top it off, Norah is still unable to use both her Mallus magic and tap into the totem.  Ray tries to use his ingenuity to help save them from the murderous younger Damien and they manage to escape.  While Norah and Ray are spending time escaping, they come to bond a little.  Ray seems to start being attracted to her as he sees a different side of her.  She also is coming to the realization that she has some deep daddy issues.  Also, regular Damien is realizing that he also has some deep seeded issues with his daughter.  He decided that he needs to also travel to 1962 and help save his daughter from his younger self.  While he manages to help them avoid younger Damien, he ends up kidnapping Norah, forcing regular Damien to turn over the scientist, showing that he cares for his daughter.

During the prisoner exchange, regular and younger Damien begin fighting each other.  After all, regular Damien said he was going to kick his own ass.  As he tries to use his magic to prevent his daughter from being thrown off a ledge, she eventually tells him to let her go, and when she falls off the ledge, he totem activates.  Turns out, her love of her father allows her to activate its power.  Ray manages to escape regular Damien’s clutches and tries to rescue the injured scientist, who reveals the formula of cold fusion.  Ray initiates a time quake so that the Legends travel to rescue him.  Wally uses his speed powers to steal the fire totem from regular Damien.  It looks like Amaya will probably use the new totem, not that it’s being used by Norah. 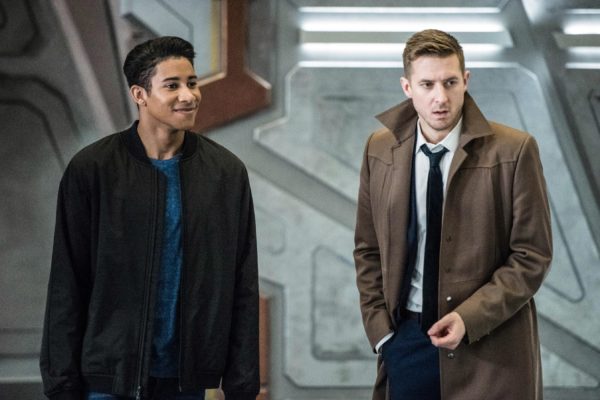 The episode ends with the Legends reuniting and as they and Ava are speaking with the head of the Time Bureau (who was trying to stop Alexander Hamilton from going to watch “Hamilton”), is attacked by Gorilla Grodd (good to see him back).  Now with Ava as the leader of the Time Bureau, she reinstates Rip as an agent.  Wally decides to stay with the Legends as he can feel at home with a team of misfits.  Norah now able to use the totem is falling deeper under Mallus’ influence, something that Damien might end up regretting.

Next week the Legends have to save Elvis Presley.