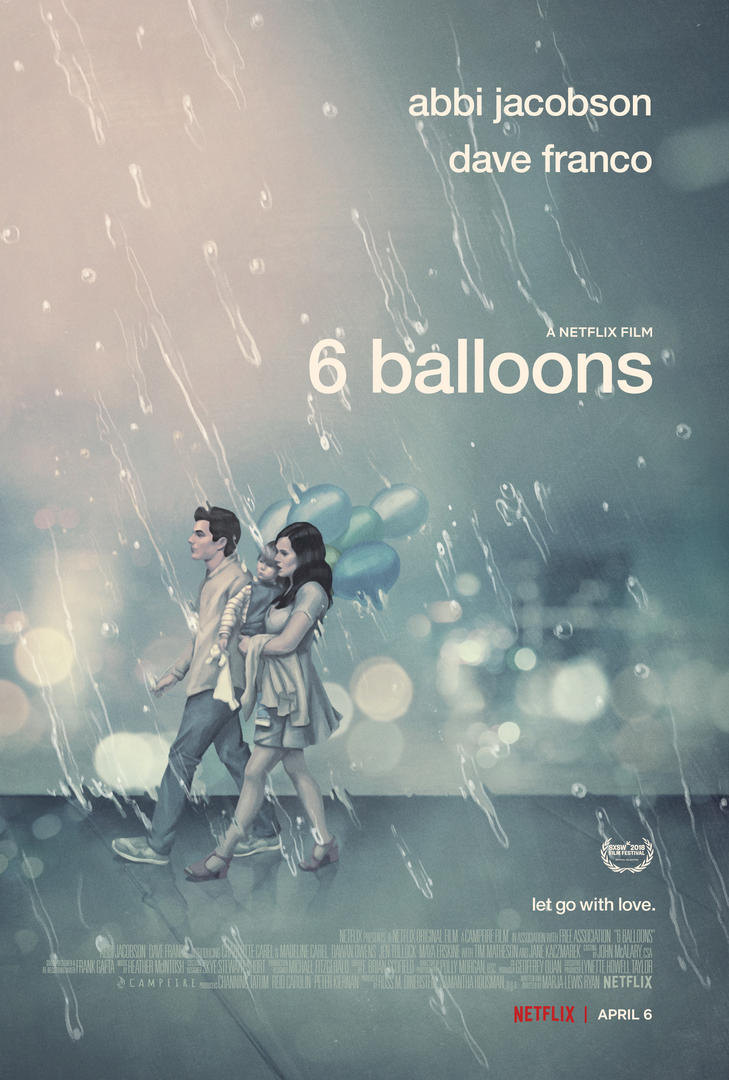 Broad City star Abbi Jacobson gave us a little taste of her dramatic side in last year’s dramedy, Person to Person, and I hoped she would get another shot in a better movie. That chance might be in 6 Balloons, one of the buzziest films to emerge out of SXSW with most of the praise for her and co-star Dave Franco. Netflix will be dropping the film on subscribers next month but today sees them debuting the first trailer, and it definitely shows promise.

Jacobson stars as a mother who comes to learn that her brother (Franco), a drug addict, has relapsed, so she spends one eventful night in search of a detox center.  This isn’t a “one wild night” sort of movie as evidenced by the trailer, just one in which the concerns are small scale and deeply personal. It looks like a welcome change of pace for both Jacobson and Franco.