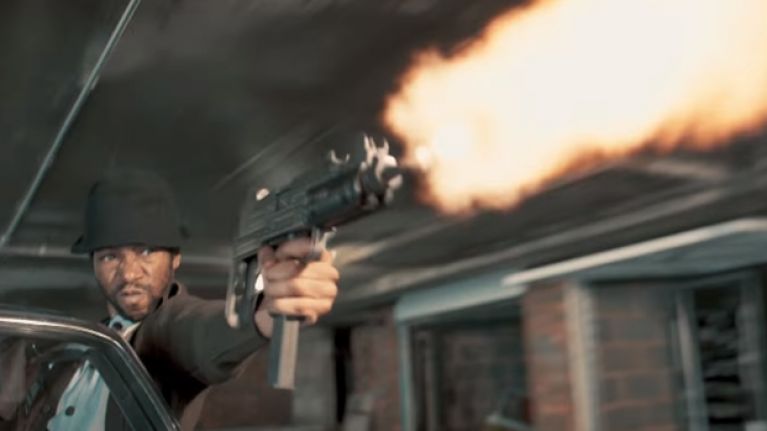 Just last month at the Sundance Film Festival, Idris Elba arrived with project that was very dear to his heart. And of course it would be, because it was his directorial debut after more than two decades of acting in front of the camera. The response to Yardie was mostly positive, with many praising the gangster movie’s authenticity. Now the first trailer has arrived and you can see the influences Elba drew from.

Everything from Martin Scorsese to City of God seem to be inspirations for this gritty street tale about a Jamaican man still struggling with the murder of his brother when he was a child. He would try to find a way past it by moving to London, but the past keeps catching up with him. Here’s a synopsis:

Set in ’70s Kingston and ’80s Hackney, Yardie centres on the life of a young Jamaican man named D (Aml Ameen), who has never fully recovered from the murder, committed during his childhood, of his older brother Jerry Dread (Everaldo Creary). D grows up under the wing of a Kingston Don and music producer named King Fox (Sheldon Shepherd). Fox dispatches him to London, where he reconnects with his childhood sweetheart, Yvonne (Shantol Jackson), and his daughter who he’s not seen since she was a baby. He also hooks up with a soundclash crew, called High Noon. But before he can be convinced to abandon his life of crime and follow “the righteous path”, he encounters the man who shot his brother 10 years earlier, and embarks on a bloody, explosive quest for retribution – a quest which brings him into conflict with vicious London gangster Rico (Stephen Graham).


While in Park City I was told by a few people who saw Yardie that the dialect was a little hard to understand, and that Elba kept it as real and unchanged as possible. I don’t have a problem based on what I’m seeing in this trailer, but that’s just something to keep in mind. It may also be a reason why the film has yet to gain U.S. distribution.