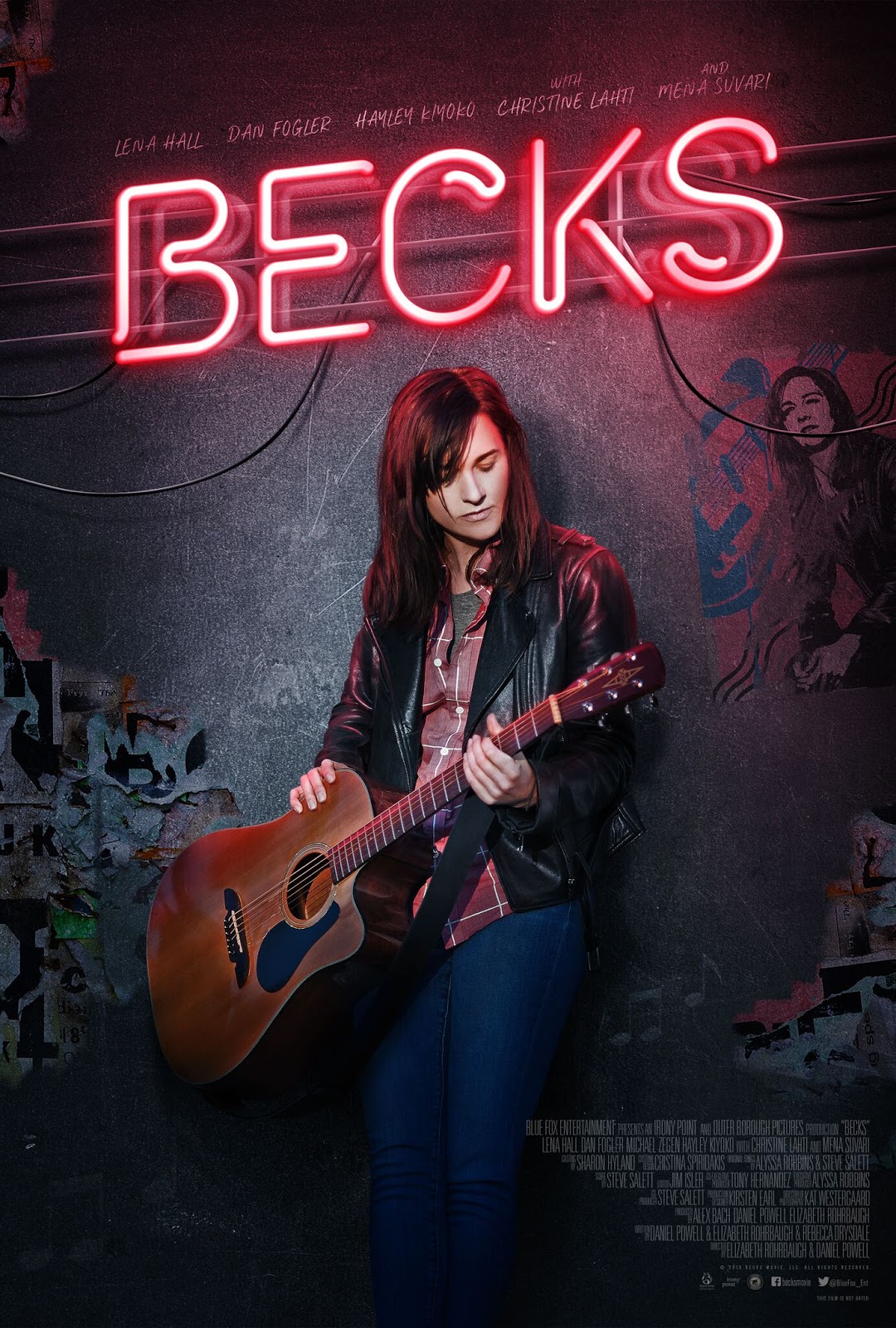 Becks is a film about a mid-30’s woman who after breaking up with her girlfriend ends up temporarily moving back home to live with her devoutly Catholic mother. It’s back at home where she deals with coming to terms with the end of her relationship, her continuously strained relationship with her mother, trying to figure out what her next steps should be, and the introduction of an unexpected relationship. This story is inspired by singer/songwriter Alyssa Robbins, who drove the original score for the film

Driven by the characters of the story, this film truly shines with its acting. The movie itself doesn’t really pick up until we see the first interaction between Becks (Lena Hall) and Elyse (Mena Suvari ) where we are able to catch a glimpse of the budding interest that the characters have for one another and can feel comfortable in hypothesizing that this is the “unexpected” relationship that Becks finds herself in. It’s from here on out, with each passing scene in the film we start to feel more and more comfortable with these characters becoming invested in their story by the film’s end.

Though, the story itself relies on the cliches of the bored housewife, a struggling musician, parents opposing their kids’ sexuality; it still feels fresh in a way that I don’t know that I can necessarily explain except maybe chalking it up to because the story no matter how many cliches are involved, is still rooted in the stories of the underrepresented.

The film as a whole still isn’t without its faults, the addition of Becks’ brother to the story doesn’t really do anything for the story at hand. Though, I don’t mind ambiguous endings, this film’s ending left me more than a bit confused solely because I didn’t really understand the reasoning behind Beck’s decision. I think I have an inclination of where the filmmakers where going with it, but I think that if that were the case, then they could’ve fleshed out that theme a little better throughout the story. With all that being said, Becks if nothing else, will find its way into being the subject of people’s interest    because of its feeling of authenticity in its story and portrayals.

Review: ‘Fantastic Beasts: The Crimes Of Grindelwald’, A Messy And Mature Sequel That Still Captivates