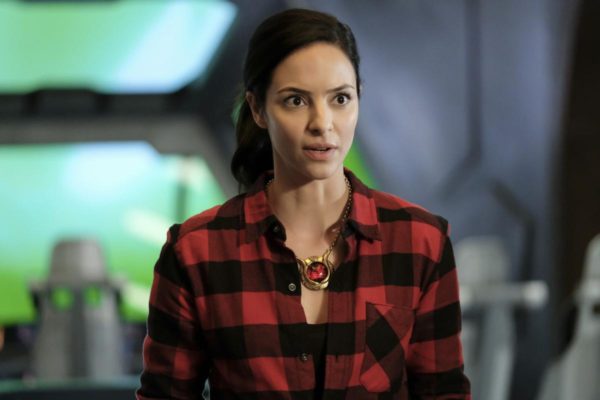 Last week DC’s Legend of Tomorrow returned with all its wacky time-traveling antics.  Going down a mystical route once again with the team trying to stop Mallus, they were joined by John Constantine as they fought the evil entity through two different timelines.  It was good to see actor Matt Ryan once again reprise his guest starring role as the chain-smoking exorcist as he helped the Legends take on Mallus and help (temporarily) save Nora Darkh from demonic possession.  The show started off the year once again with all the fun and charm we have come to love.  Although he departed to continue his own adventure, he’s sure to make a return before the season ends.

This week, the show went in a totally different direction as it focused on the crew of the Legends, specifically Zari as they had a Groundhog Day (or Hedgehog Day if you will) as she was stuck in a permanent time loop.  The episode begins with the team returning from a mission in the 1970s to stop Napoleon Bonaparte from stealing a copy of ABBA’s “Waterloo.”  Zari remained behind and was working with Gideon to try and run a simulation to see about any possible loopholes to changing the timeline so that she can ensure she can return to a different home, one not living under the iron fist of a fascist ARGUS.  In the process, Gideon actually gets shut down just as the Legends return from their mission. 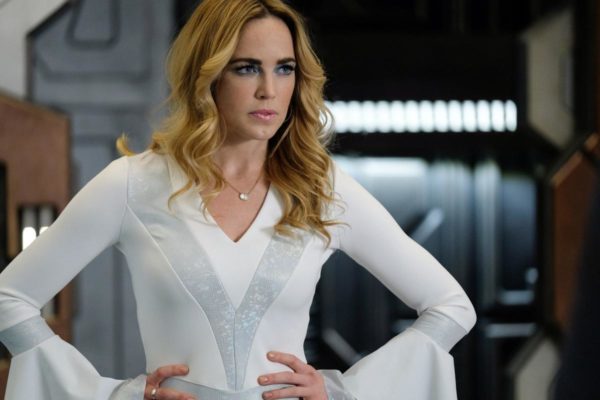 Sarah isn’t too happy with the idea that Zari is entertaining the idea of changing time.  After all, the mission of the Legends it to prevent this exact type of thing.  They aren’t supposed to game the system.  If they were, Sarah would still have a sister who is alive and Stein and Jax would still be with them.  After a brief altercation with Zari, Sarah orders her to fix Gideon and bring her back online.  Frustrated, Zari goes into the engineering section and in error unplugs the wrong system where she gets some sort of coolant on her face.  As she thinks the day can’t get any better, the ship explodes all of a sudden.

Then Zari awakens in the middle of her argument of Sarah.  At first, she thinks she’s having the strangest case of déjà vu, but after dying a second, third, and fourth time, she realizes that she’s stuck in a time loop.  She knows Sarah’s going to yell at her.  She knows Ray’s going to trip and fall on cue.  She knows that Nate and Amaya are sneaking off to go have sex and possibly jeopardize their mission.  She tries to tell the group that the ship will explode within an hour, which causes them to think she’s crazy and sedate her.  Her continuing to be in the loo proves that she knows what’s going to happen next.  After escaping from the med bay, the first person she tries to talk with directly is Nate.  To her surprise, Nate, ever the sci-fi buff, he tells her she’s stuck in Groundhog Day.  Nate tells her to find him and references the famous Bill Murray movie. 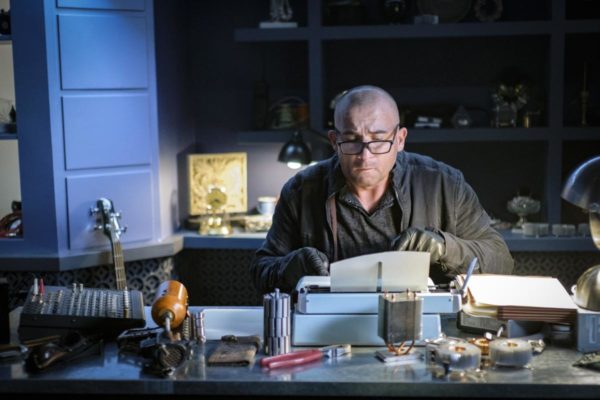 When she comes back to him, the two begin investigating what might be the problem, thinking it might be one of the other Legends who causes the explosion.  They investigate Rory who is suspiciously washing his clothes.  When they go into his quarters, which is surprisingly booby-trapped with bear traps and electronic zappers, they find out he’s secretly trying to be a romance novelist on the low.  They find out from Ray that Constantine told him to keep an eye on Sarah, and if she’s still under the influence of Mallus, to kill her.  The explosion clears Ray, so they move onto and clear Amaya as well.   Ray helps Zari spy on Sarah, who they discover has been having secret conversations with Agent Sharpe as the two are attracted to each other.  Sarah is frustrated with being the captain and having to be hard on her crew, especially Zari.  With Sarah also not the culprit, Zari is increasingly frustrated, Nate tells her to have a little no holds barred fun as a result of the time loop.  Zari spends some time just doing whatever the hell she wants: playing pranks on the team, putting on the different Legends costumes, learning to play the violin.

Eventually, even that wears thin.  She tries to kill herself in front of the crew, but the gun misfires.  She tells everyone the problem, and even Sarah believes her.  As they try and investigate what the problem is, they discover a member of the Time Bureau hidden on the ship.  He was trying to save the Legends from the bomb by creating an hour-long time loop.  Mick in error destroys the time loop device, which means that the team will die for real by the bomb.  They discover the bomb was hidden in the ABBA eight-track.  With less than 5 minutes, they have to figure out how to stop the bomb from killing all of them.  Zari decides to sacrifice herself behind a force field, but not before telling each team member how she feels about each of them and has come to think of each of them as “family.” 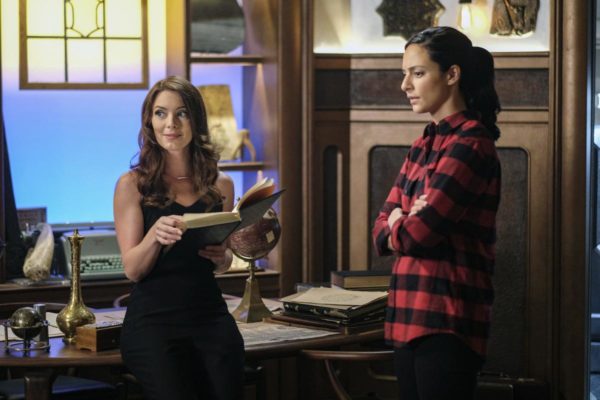 Just as the bomb explodes, Zari realizes the truth of what’s been going on.  Gideon reveals herself to Zari (in human form) that she was in a computer simulation the whole time.  When she was sprayed by the fluid in engineering, it almost killed her and when the team put her in the bed bay, Gideon placed her in a simulation to help her have a better relationship with the team.  She finally awakens and tells the skeptical team what happened, and even though her experience in the countless time loops didn’t really happen, they happened for her and helped her love and appreciate her team even better.

The episode ends with Wally West (Wally?!?) taking a sabbatical in China after leaving The Flash, and Rip Hunter tells him that he needs his help to save the universe.  Wally’s coming to Legends of Tomorrow!

Next week, the Legends go on a pirate adventure!