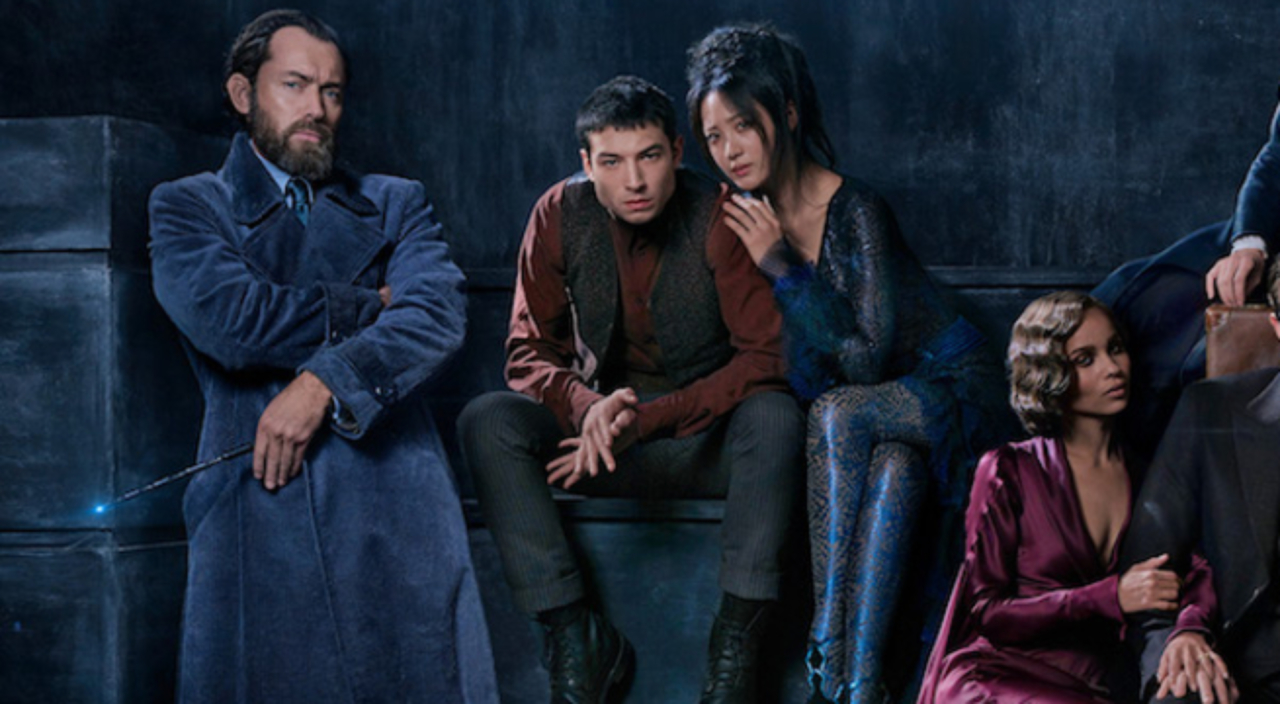 Fantastic Beasts: The Crimes of Grindelwald has already had to put up with its share of controversy just by casting Johnny Depp in the role of villain Gellert Grindelwald. With charges of spousal abuse against him, plus the fact is star has really faded of late, having him in the movie in such a big role seems like it could be a mistake. Well now there’s a new issue, and frankly I find this one pretty weak even though some have strong feelings about it.

Jude Law has been set to play a young Albus Dumbledore in the sequel, and this is significant because Dumbledore was revealed some years ago by author J.K. Rowling to be gay. She totally outed him. Anyway, this is significant because his attraction was to Grindelwald and they shared a romantic and intellectual attraction. However if you thought maybe there’d be some overt acknowledgement of Dumbledore’s homosexuality in The Crimes of Grindelwald, you’d be wrong. Director David Yates tells EW…

“Not explicitly,” Yates replied when asked if the film makes it clear that Dumbledore is gay. “But I think all the fans are aware of that. He had a very intense relationship with Grindelwald when they were young men. They fell in love with each other’s ideas, and ideology and each other.”

Yates then added a bit more about what Dumbledore is like in the new film: “He’s a maverick and a rebel and he’s an inspiring teacher at Hogwarts. He’s witty and has a bit of edge. He’s not this elder statesman. He’s a really kinetic guy. And opposite Johnny Depp as Grindelwald, they make an incredible pairing.”

I get that this may be disappointing to some, that Rowling and Warner Bros. are missing a chance to present the Wizarding World as an accepting, inclusive place. But why does Rowling have to do it now, in the second chapter of what may be a five-part story? Based on what I can gather, this is all building to quite the showdown between former friends/lovers Grindelwald and Dumbledore. When that happens we’ll see how Rowling chooses to handle it, but choosing not to in the second movie is not an indication she is avoiding the subject of Dumbledore’s homosexuality or is somehow ashamed of it.  This might come as a shock but the author and screenwriter has a story to tell. Let’s let her tell it. Then complain if she mucks it up.