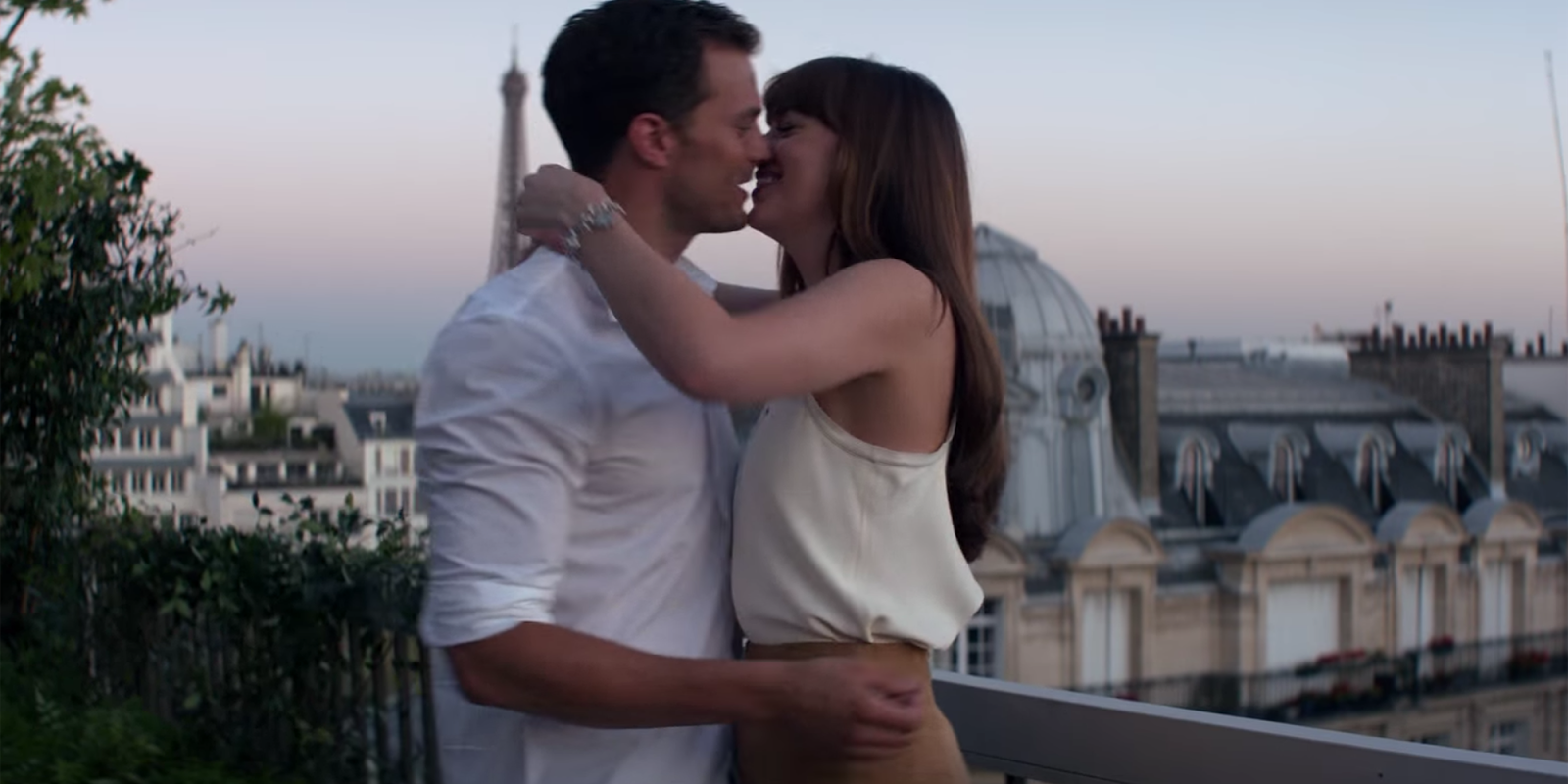 1. Fifty Shades Freed (review)- $38.8M
Fifty Shades Freed whipped up $38M in its opening weekend, which is less than the previous two movies. I don’t think anybody expected the finale to match their numbers, though, since the novelty and curiosity has long since worn off.  That said, the pairing of Dakota Johnson and Jamie Dornan as the couple that plays BDSM together has proven remarkably lucrative. The final film in the trilogy already has $136.9M worldwide and I expect it will make the most of the upcoming Valentine’s Day holiday.
2. Peter Rabbit (review)- $25M
Leaping higher than I would have expected, Peter Rabbit opened with $25M. The live-action/animated hybrid adaptation of Beatrix Potter’s novels stars James Corden as the titular bunny, who in the trailers looks like a total jerk terrorizing Domhnall Gleeson. The rest of the starry cast includes Margot Robbie, Rose Byrne, Daisy Ridley, and Elizabeth Debicki, which could help the $50M feature stick around for a few weeks and perhaps lead to sequels? I have a feeling this isn’t the last we’ve seen of Peter Rabbit’s antics.
3. The 15:17 to Paris (review)- $12.6M
Not that Clint Eastwood needs to show his movies off to critics at this point, but something felt odd about his latest docudrama, The 15:17 to Paris, when it wasn’t screened for press and wasn’t released in time for awards season. And sure enough, the film, which stars the three U.S. servicemen who thwarted a terrorist attack/robbery aboard a train a few years ago, has been panned across the board. And yeah, some of it does have to do with the non-professional actors, who were noticeably terrible just in the promo footage, but a lot of the blame seems to have fallen on Eastwood himself. The good news for Warner Bros. is that Eastwood keeps his productions as barebones as possible, so the $30M budget shouldn’t be too hard to recoup in the long run.
4. Jumanji: Welcome to the Jungle– $9.8M/$365.6M
5. The Greatest Showman– $6.4M/$146.5M
6. Maze Runner: The Death Cure– $6M/$49M
7. Winchester– $5M/$17.1M
8. The Post– $3.5M/$72.8M
9. The Shape of Water– $3M/$49.7M
10. Den of Thieves– $2.8M/$40.9M