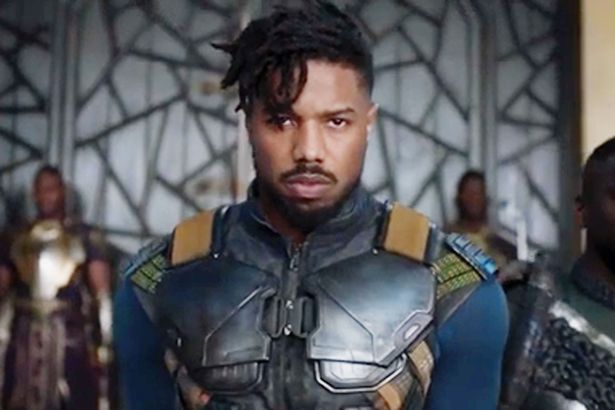 Who knew? Wakanda is so advanced analyst box office projections can’t keep up. Black Panther roared beyond estimates with $202M domestic over the three-day weekend, and an estimated $235M over the four-day holiday. That combined with the $169M overseas launch gives Ryan Coogler’s film $404M. That still sets it as the fifth highest-grossing debut of all-time. The numbers could increase, though, as some are predicting the domestic tally to be closer to $240M once the final count is done on Tuesday. The film beats out Deadpool for best February opening, and comes in just behind Star Wars: The Last Jedi‘s $241M and Star Wars: The Force Awakens‘ $288M among the best four-day totals.

1. Black Panther (review)- $192M
Pretty much every single person I know cleared their schedules to see Black Panther this weekend. I went twice, some have already seen it three or four times. It was clear Marvel had a potentially record-breaking film on their hands, one that had quickly become a cultural event. And that has been borne out with the film’s incredible $192M three-day debut, with projections for $218M over the four-day holiday weekend. That’s the biggest opening weekend ever in February, the fifth biggest debut ever, and the biggest opening ever for a solo superhero movie. Sorry, Deadpool. That’s just the start. There are loads of other records Marvel’s first major black superhero movie of the modern MCU era has broken, but I think the biggest point to make is how well it played to critics and audiences. The film sits at 97% on Rotten Tomatoes and has an A+ Cinemascore. So repeat viewing has already started and is likely to continue, which will bolster the already impressive $361M worldwide it has totaled after just one weekend. The next conversation to have is whether or not this signals a sea change for Marvel and other blockbuster studios when it comes to developing black movies. It’s a conversation worth having, but I would urge caution. What we don’t want are a flood of mediocre movies aimed at black audiences. Black Panther was the special case of a special director in Ryan Coogler, paired up with an incredible cast of virtually every high-profile black actor. This will not be an easy movie to replicate, not even for Marvel. But for now, let’s just celebrate the movie’s success. Wakanda Forever!
2. Peter Rabbit– $17.2M/$48.2M
3. Fifty Shades Freed– $16.9M/$76.1M
4. Jumanji: Welcome to the Jungle– $7.9M/$377.6M
5. The 15:17 to Paris- $7.6M$25.4M
6. The Greatest Showman– $5.1M/$154.4M
At $154M The Greatest Showman is now the highest-grossing original domestic musical ever, surpassing La La Land‘s $141M.
7. Early Man (review)- $3.1M
Lionsgate dropped their latest stop-motion film from the folks at Aardman, Early Man, and this one struggled with only $3.1M. These are from the same studio who have found past success with Chicken Run, Wallace & Gromit, and Shaun the Sheep, but lately that success has mostly been overseas. That trend is likely to continue here.
8. Maze Runner: The Death Cure– $2.5M/$54M
9. Winchester– $2.2M/$21.8M
10. Samson– $1.9M