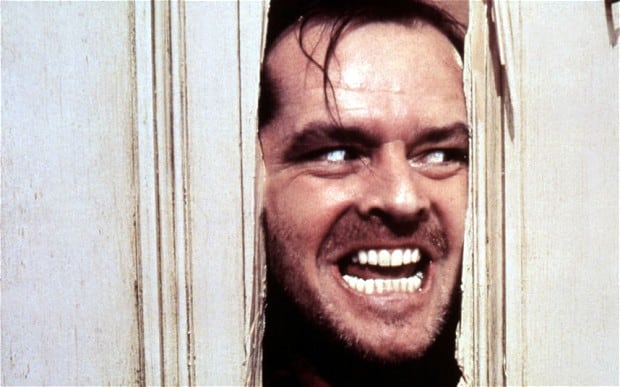 Mike Flanagan has plenty of experience with horrors, having worked within the genre on Ouija: Origin of Evil, Oculus, Before I Wake, and most notable, last year’s well-received Stephen King adaptation Gerald’s Game. The latter film is likely what landed him his newest gig, a big screen take on King’s The Shining sequel novel, Doctor Sleep. Good luck.

THR reports Flanagan will direct the film, although no writer is currently attached. The story is as bat shit crazy as Jack Nicholson’s Jack Torrence was in Stanley Kubrick’s classic version of The Shining. The sequel will follow a grown-up Danny Torrence, and honestly the book synopsis can do it better justice than me:

On highways across America, a tribe of people called The True Knot travel in search of sustenance. They look harmless – mostly old, lots of polyester, and married to their RVs. But as Dan Torrance knows, and spunky 12-year-old Abra Stone learns, The True Knot are quasi-immortal, living off the “steam” that children with the “shining” produce when they are slowly tortured to death.

Haunted by the inhabitants of the Overlook Hotel where he spent one horrific childhood year, Dan has been drifting for decades, desperate to shed his father’s legacy of despair, alcoholism, and violence. Finally, he settles in a New Hampshire town, an AA community that sustains him, and a job at a nursing home where his remnant “shining” power provides the crucial final comfort to the dying. Aided by a prescient cat, he becomes “Doctor Sleep.”

Then Dan meets the evanescent Abra Stone, and it is her spectacular gift, the brightest shining ever seen, that reignites Dan’s own demons and summons him to a battle for Abra’s soul and survival.

So like I said, “good luck”. Following The Shining is going to be very tough. King wasn’t a big fan of Kubrick’s adaptation so I’m curious to see if he takes more of an active interest in this one.