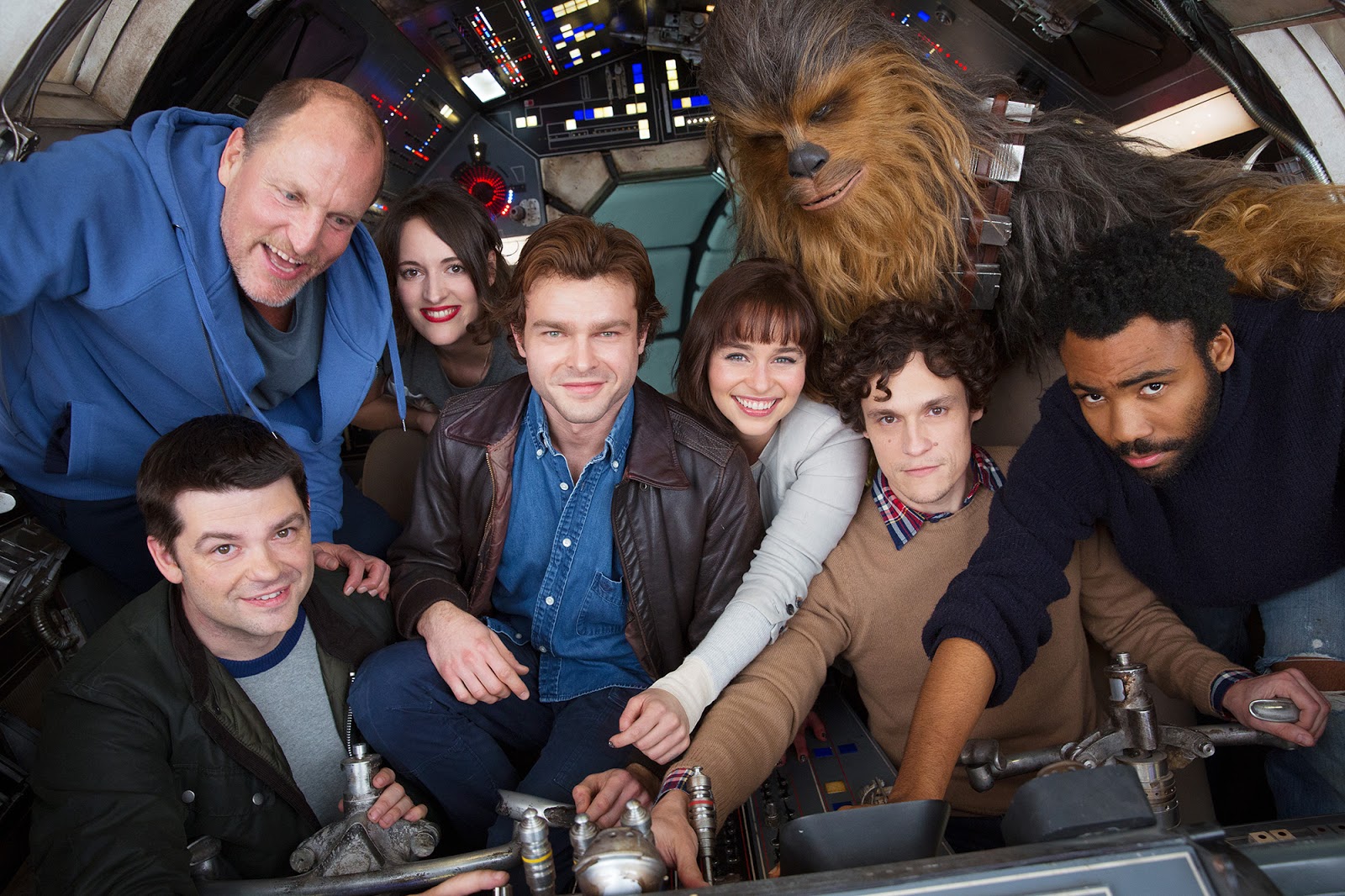 Disney isn’t showing us anything from Solo: A Star Wars Story. The film is only four months away and we’ve seen nothing other than some set photos, mostly featuring director Ron Howard who is not exactly what we’re looking for. And this has begun to fuel rumors that Disney is keeping it under wraps because it may not be very good. None of us knows the answer to that yet, but what we do have is the brand new synopsis. How detailed do you think it is?

Board the Millennium Falcon and journey to a galaxy far, far away in “Solo: A Star Wars Story,” an all-new adventure with the most beloved scoundrel in the galaxy. Through a series of daring escapades deep within a dark and dangerous criminal underworld, Han Solo meets his mighty future copilot Chewbacca and encounters the notorious gambler Lando Calrissian, in a journey that will set the course for one of the Star Wars saga’s most unlikely heroes.


Er, wha? It doesn’t even read like a synopsis, but like the introduction to a theme park ride. Whatever, we can probably expect to see highlights from the rogue’s notorious past finally brought to the big screen, and that should be fun even if this isn’t Lucasfilm’s strongest Star Wars movie.

Solo: A Star Wars Story opens May 25th, although I think we may see that date move. If we don’t get a trailer in the next week or two I would say it’s a sure thing.