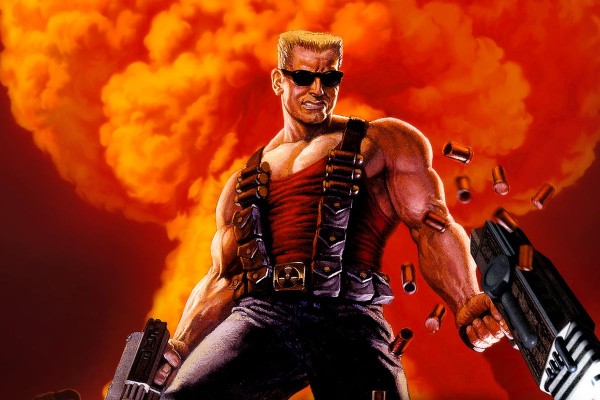 That’s right, the cult icon of early 90’s computer gaming is possibly coming to the big screen and the WWE’s nice guy extraordinaire (have you seen the guys Make-a-Wish count? He’s a national treasure) John Cena is in talks to play him. I mean, c’mon, just look at the picture there can’t be a better visual fit then long-time WWE Superstar and sometimes actor John Cena, factor in that Michael Bay’s Platinum Dunes is producing and it couldn’t be more suited. It literally looks like I typed “Michael Bay” “John Cena” and “Action Movie” into a movie poster generator and that image is what came out the other end.

Before we get too excited I’ll get to the details, that detail being that nothing has actually been done or cemented at this point. There’s no director, no script, nothing more then the idea really and it all hinges on securing Cena for the role. Once they have the flat-top’d poster boy for jorts signed everything else will begin. That’s not an insult by the way, I love my jorts and I thank Cena and Kevin Smith for keeping them in the public eye.

Cena’s proven in recent years that, like his WWE counterpart Dwayne Johnson, he can be likeable and funny on-screen…something you would need out of the actor taking on Nukem’s sarcastic anti-hero like persona. While a great video game adaptation has yet to be made there have been a large number of fun outings. Even DOOM, which proved that first person mode should be left to the video game screen, was a fun action/sci-fi flick and that’s all we need out of this, 90 minutes of fun surrounded by one-liners and pretty explosions.