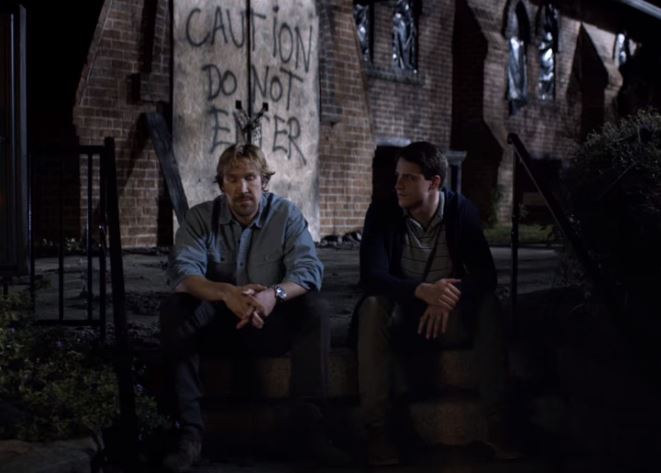 God may not be dead, but someone needs to tell me why the God’s Not Dead franchise isn’t. Actually, let me take that back. I know why it’s still around, and that’s because the first film in 2014 made a staggering $64M telling Christians the entire school system was out to get them. I mean, it was based on the preposterous idea that a college professor would make his students sign a pledge confirming that God was dead. 2016’s sequel kept the victimhood rolling, albeit with lesser results, and now God’s Not Dead 3: A Light in Darkness hopes to do enough to keep these pointless movie alive.

The D-list celebrities paying their dues in this one include Tatum O’Neal, John Corbett, along with David A.R. White and Shane Harper, who are actually reprising their roles from the original movie. If it hits we could see a God’s Not Dead cinematic universe! Whoa! God works in mysterious ways. The third movie finds the church in a legal kerfuffle against the secular school system, led by an atheist attorney who hopes to remove the church from campus grounds. So yeah, this is basically an exaggeration of real-life separation of church and state cases, attuned to make Christians feel as if they are the persecuted ones.