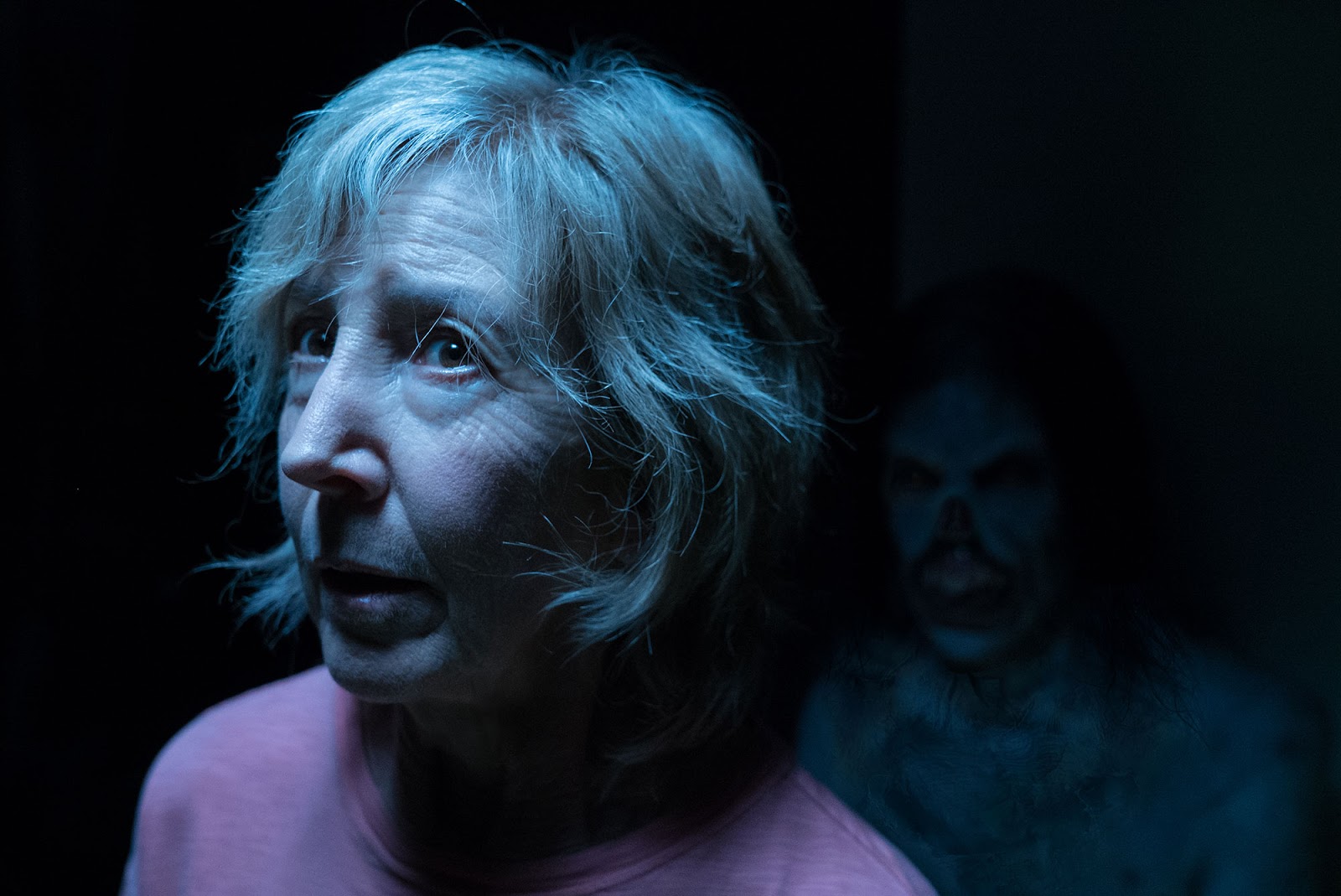 1. Jumanji: Welcome to the Jungle
There weren’t a lot of new releases this week, a few expansions maybe, but so what? Jumanji: Welcome to the Jungle was going to keep stampeding the box office, and this week it finally knocked Star Wars: The Last Jedi off its perch. The sequel to the Robin Williams classic, now led by Dwayne Johnson, Kevin Hart, Jack Black, and Karen Gillan, added another $36M for $244M domestically. Worldwide it has now hit $519M and could move past $600M at this rate. Already it’s one of Sony’s top earners, their biggest that isn’t a James Bond or Spider-Man movie.
2. Insidious: The Last Key (review)- $29.2M
So this may not be the “last” anything. Blumhouse has scored another low-budget horror hit with Insidious: The Last Key, the fourth in the franchise and the second prequel led by Lin Shaye’s popular ghost hunter character, Elise. The film opened with $29.2M, which is behind only Insidious Chapter 2‘s $40M as the series’ biggest opener. Obviously this can’t be the end, right? I thought this was it for sure, with someone other than James Wan or Leigh Whannell directing, and a story that would seem to wrap up the arc for Elise. But clearly that can’t be. The $10M horror now has $49M worldwide and should at least match the $112M of Insidious Chapter 3, which nobody is going to scoff at.  If there’s a way to undo all of this from a narrative perspective it would be the non-linear chronology in The Further, the otherworldly where each movie is set, at least partially.
3. Star Wars: The Last Jedi– $23.5M/$572.5M
Star Wars: The Last Jedi may have slipped to third and had another big drop, but that’s partially because the numbers have been so high. We’re still talking about $1.2B worldwide at this point with many weeks of theatrical release to go. The only downside is that it won’t come near the $2B of The Force Awakens, that’s just fact.  Maybe it’s a lot of audience whining about the story’s direction, or because there is some legit competition this time from Jumanji and a host of Oscar contenders. Probably it’s a combination of both of those things.
4. The Greatest Showman– $13.8M/$75.9M
People are loving The Greatest Showman. It took them a while to venture under the big top for it, but they are making up for lost time now. The grandiose Hugh Jackman musical fell only 11% and earned $13M for $75M domestic and $150M worldwide. Again, if it hadn’t cost north of $80M we’d be calling it an even bigger smash, but these numbers are still pretty good, especially if the hold can last.
5. Pitch Perfect 3– $10.2M/$85.9M
6. Ferdinand– $7.7M/$70.4M
7. Molly’s Game– $7M/$14.2M
Aaron Sorkin’s directorial debut expanded to over 1600 theaters and bloomed (a pun since the film is about Olympic skier turned poker goddess Molly Bloom) 197%, earning $7M in its second weekend. The film, which stars Jessica Chastain and Idris Elba, will be counting on some kind of Oscar buzz to keep the momentum going, but reviews have been middling to barely positive, so who knows how that will shake out.
8. Darkest Hour– $6.3M/$28.3M
Also expanding by 790 theaters was Darkest Hour, which is powered by Gary Oldman’s likely Oscar-contending performance as Winston Churchill. The Joe Wright-directed biopic has $28M after seven weeks.
9. Coco– $5.5M/$192M
10. All the Money in the World– $3.5M/$20.1M
Ridley Scott’s speedy but costly reshoots don’t appear to have been worth it from an economic perspective. He still did the right thing booting Kevin Spacey from the kidnapping drama, but for all of the clamor about it in cinephile circles the mainstream audiences don’t seem to much care.