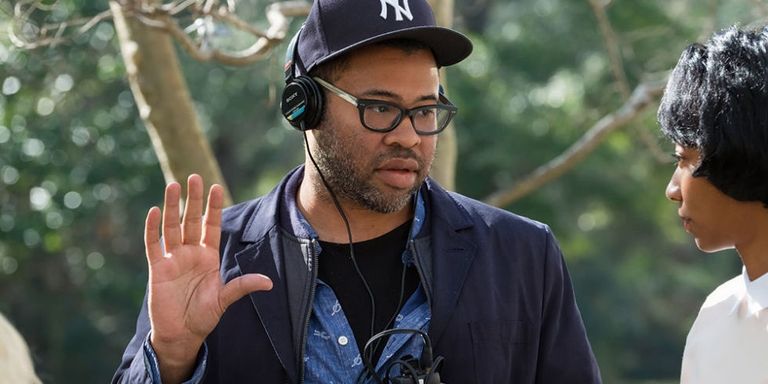 The awards season has suddenly become very heated, with every apparent slight turned into some kind of proxy war. The current target? Three Billboards Outside Ebbing, Missouri, which has a very vocal faction ripping the acclaimed film for its treatment of Sam Rockwell’s racist cop character, which some see as too redemptive. There has also been some uproar that Greta Gerwig and Jordan Peele aren’t quite getting the credit they deserve for Lady Bird and Get Out, respectively, with gender/racial bias the reason.

It’s into this climate that the Directors Guild of America have announced an incredibly diverse group of nominees for the DGA Awards in the Feature Film category. The nominees include Gerwig, Peele, Martin McDonagh for Three Billboards, Guillermo Del Toro for The Shape of Water, and Christopher Nolan for Dunkirk.

Greta Gerwig joins six other women previously nominated for the award, with Kathryn Bigelow  the only one to ever win, while Peele is only the fourth African-American ever nominated.

All of those nominees are deserving for different reasons, and I have to say it’s a tough category to call. Any one of them could come away the winner in a very tough year. Just look at who got left out to see how strong a year for directors it has been: Luca Guadagnino for Call Me By Your Name, P.T. Anderson for Phantom Thread, Kathryn Bigelow for Detroit, Dee Rees for Mudbound, Steven Spielber for The Post, and Sean Baker for The Florida Project all missed the cut.

Also announced were nominees in the First Time Feature Film Director category. Peele was nominated there, as well, and wouldn’t that be amazing if he won both awards? Probably he’ll win this one and lose the other, but one never knows.  Others in the field are Geremy Jasper for Patti Cake$, Aaron Sorkin for Molly’s Game, Taylor Sheridan for Wind River, and William Oldroyd for Lady Macbeth.

Winners will be revealed on February 3rd. The complete list of film nominees is below.

Jordan Peele – Get Out

Jordan Peele – Get Out

‘The Twilight Zone’ Season 2 Trailer: Jordan Peele And An All-Star Cast Guide Us Through A New Dimension