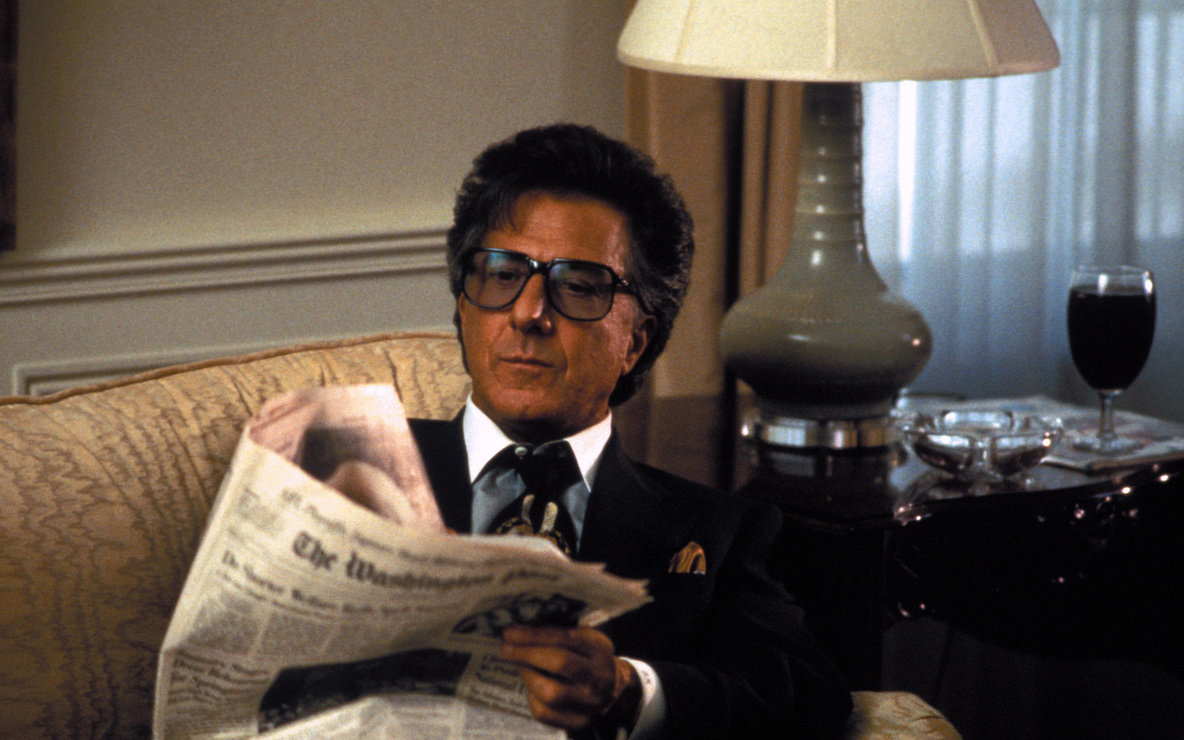 A bunch of people showed up for a 20-year anniversary screening of Wag the Dog, and a tense discussion about sexual harassment broke out. The panel was attended by Dustin Hoffman, who was hit with sexual harassment and assault charges by Anna Graham, who says she was a 17-year-old intern on the set of a 1985 TV movie with Hoffman when the misconduct occurred.  Panel moderator John Oliver wasn’t about to let this opportunity to confront Hoffman slide by.

“This is something we’re going to have to talk about because … it’s hanging in the air,” Oliver said.

Hoffman retorted, “It’s hanging in the air? From a few things you’ve read, you’ve made an incredible assumption about me,” he noted, adding sarcastically, “You’ve made the case better than anyone else can. I’m guilty.”

When Graham released her account of events, Hoffman did issue an apology in which he said that it is “not reflective of who I am”. It’s that last part Oliver took issue with…


“It’s that kind of response to this stuff that pisses me off. It is reflective of who you were,” Oliver said. “If you’ve given no evidence to show it didn’t [happen], then there was a period of time for a while when you were a creeper around women. It feels like a cop-out to say, ‘It wasn’t me.’ Do you understand how that feels like a dismissal?”


I can’t imagine how the rest of the panel guests, Robert De Niro, producer Jane Rosenthal, and director Barry Levinson, must have felt watching Hoffman and Oliver go at it. From most accounts both men gave as good as they got, but one part of the exchange really turned out ugly for Hoffman. And it’s something he says that dismissive men today still say in response to sexual misconduct allegations, “Why now?”

Hoffman asked, “Do you believe the stuff that you read?”

“I believe what she wrote, yes,” Oliver said. After Hoffman asked him why, Oliver stated simply “Because there’s no point in her lying.”

Hoffman then shot back with the unfortunate reply, “Well, there’s a point in her not bringing it up for 40 years.”

And that went over like a fart in a crowded elevator.

So yeah, that did not paint Hoffman in the best light. You should really watch the brief video provided below to get a sense of how uncomfortable the whole thing was. While it may have been rough for those on stage and in the audience, I do think conversations like these are important right now.  [WashingtonPost]