Not every film needs to have explosions or high speed chases
to be entertaining. Telling a good story is more than enough to sustain a film
without any of the extracurricular nonsense that tends to be thrown in
haphazardly. Sometimes it feels like that can be hard to find these days, not impossible,
but harder than it should be. The Pirates of
Somalia certainly delivers an interesting story and Bryan Buckley, who
wrote and directed the film, manages to find numerous ways to keep the audience
engaged.
The Pirates of Somalia
is based on Jay Bahadur’s biography “The Pirates of Somalia: Inside Their Hidden
World.” The film tells the story of Jay Bahadur (Evan Peters) – who is a young,
aspiring journalist from Toronto, trying to find his big break. Jay is living
in his parent’s basement going from grocery store to grocery store conducting
market research about napkins. He knows that he is meant for greater things,
all he needs is an opportunity. As fate would have it, he crosses paths with
Seymour Tolbin (Al Pacino), a retired journalist who Jay has looked up to for
years. 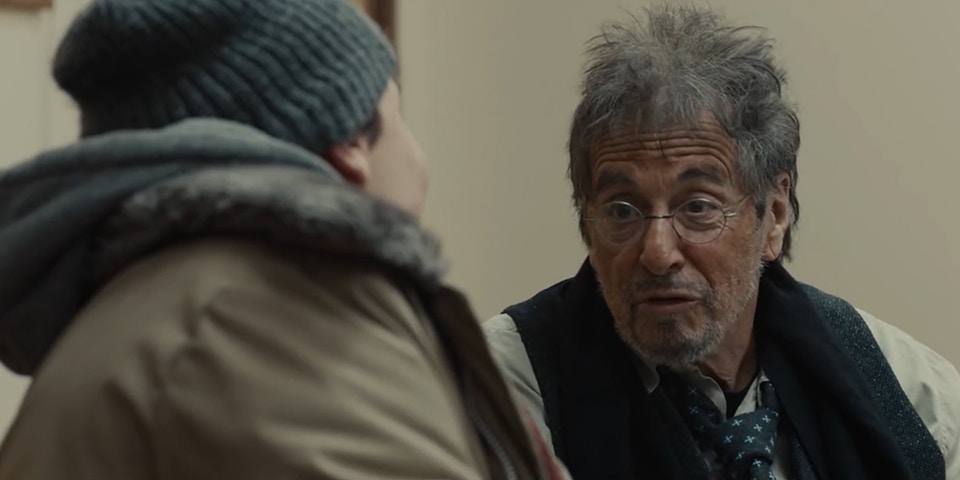 Seymour is the one that convinces Jay that he needs get in
the thick of the action and that journalism is innate and cannot be taught in
school. Jay takes this advice to heart and settles on going to Somalia to tell
the story of their Democracy as well as Pirates that still have power there.
Jay makes some phone calls and is eventually put in contact with the President
of Somalia’s son. Before he knows it, this young writer with no experience to
fall back on has placed himself in the middle of a country that has been
virtually untapped by journalists before him. During his time in Somalia, Jay manages to build relationships with some locals, including his translator Abdi (Barkhad Abdi) and one of the Pirates wives Maryan (Sabrina Hassan). Jay must find a way to juggle the dangers of dealing with Somalian Pirates and dwindling funds all while trying to write a book that will lead to a publishing company giving him a chance. 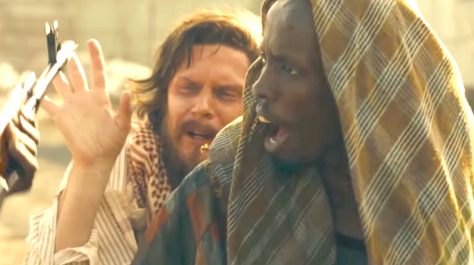 Throughout The Pirates of
Somalia I found myself impressed with various stylistic elements that
Buckley incorporates. He uses hallucinations, stories, and dreams sequences to
be able to add scenes to the film including brief animations. These moments proved
to be very effective, both in continuing the narrative and helping The Pirates of Somalia stand out. As the
film progresses, Buckley does a masterful job of integrating music and camera
angles to help build tension within scenes. The entire situation that Jay has
placed himself in is a very dangerous one and Buckley makes sure that the
audience is made constantly aware of this.The Pirates
of Somalia is not an Earth shattering film that will be talked about for generations
to come, but it is a solid movie that successfully manages to convey a story
while mixing in original elements.
Rating 3.5 out of 5