Revolt is a
sci-fi action flick that is set entirely in Africa. The world is under attack
and has been ravaged by Aliens. These Aliens are robotic in nature walking on
two legs, while scanning the area for survivors to quickly eradicate. We
immediately get dropped into an action sequence where soldiers are seen
fighting a powerful enemy while the local villagers flee for safety. An
explosion near a solider knocks him out – when he comes to, he is locked in a
cell. This man, soon to be known as Bo (Lee Pace), has no recollection of his
past, what has happened to the world, or even who he is. 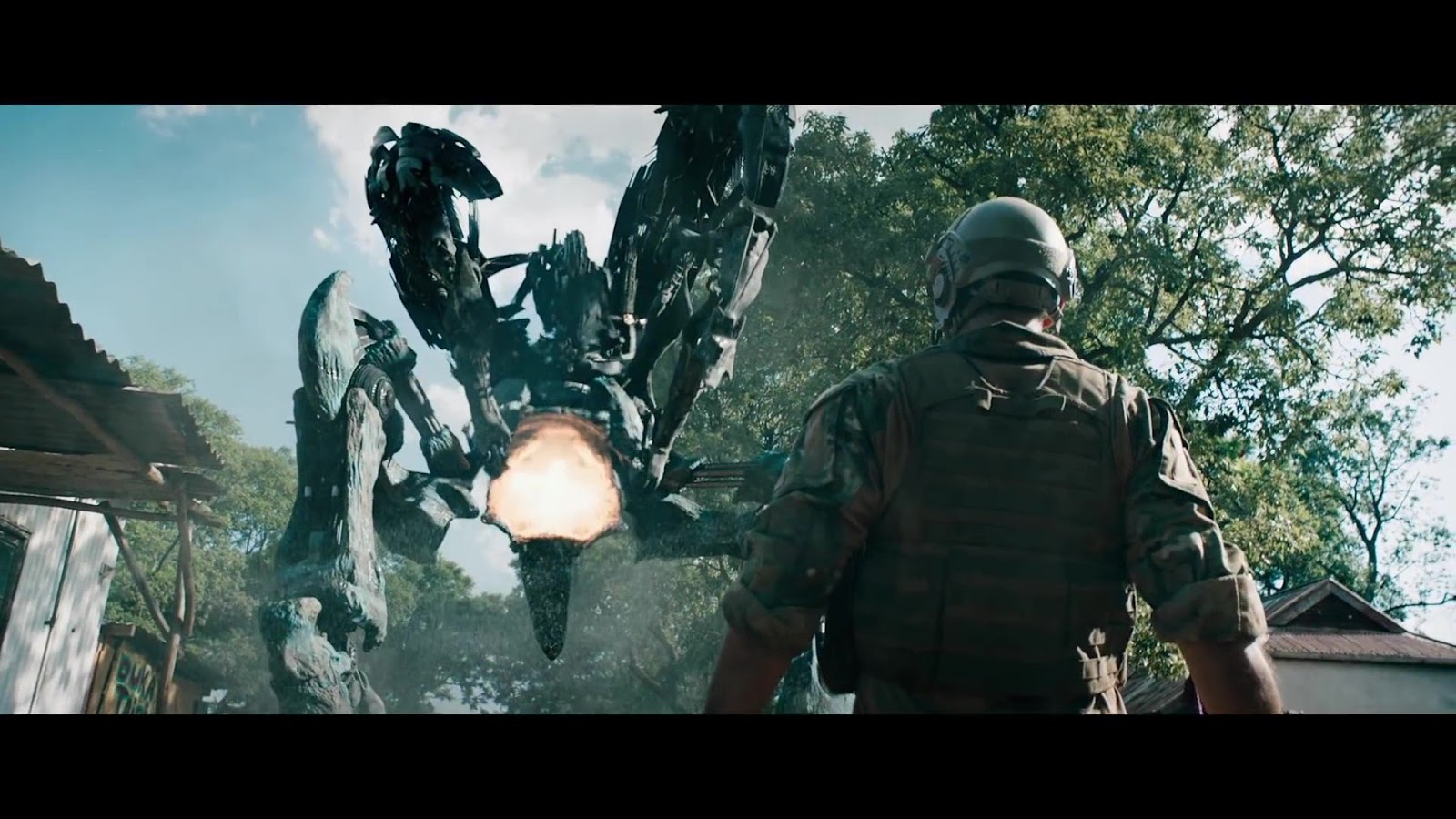 Luckily for Bo, in the cell next to him is Nadia (Bérénice
Marlohe). Nadia is a French doctor who is in Africa administering foreign aid.
Nadia fills Bo in on the devastation that is happening across the world. The
initial conversation between Bo and Nadia was a clever tactic utilized by
Director Joe Miale to quickly fill the audience in on the state of the world
without having to waste screen time or his budget. Bo and Nadia end up
overtaking some guards and escaping from their cells. They embark on a journey
across the country to try and find Bo’s military base. During the trip, Bo
begins getting flashbacks of his past, and tries to put together the pieces. Along
with these flashbacks, Bo realizes that he has some unique abilities that
include not feeling the ill effects of electricity from a Taser, advanced
combat training, and being fluent in the native language. As his flashbacks
start to become more frequent, his desire to find out what happened to him in
the past only grows.

Revolt has some
decent action sequences throughout, but in the end the acting and story leave a
lot to be desired. There were some interesting touches that Miale features in Revolt. One of these is a photographer
that Bo and Nadia meet when they are lost. This photographer provides a camera
for the two of them, and by looking at the pictures in reverse order, they use
it as a digital roadmap to continue on their quest to get to the base. I found
this to be a very clever tool used to continue their journey. A glaring problem
with Revolt is that it is
repetitive. Bo and Nadia go from fighting humans to running from the aliens to
fighting humans – rinse and repeat. Along with this, the robot aliens
themselves are not unique enough. We do see various versions of the aliens as
the film progresses, but none of them really impress. Revolt is a decent film, but in no way is it truly memorable or
stand out amongst all of the other typical action flicks we’ve seen. If you are
going to see it, wait for Redbox or Netflix.