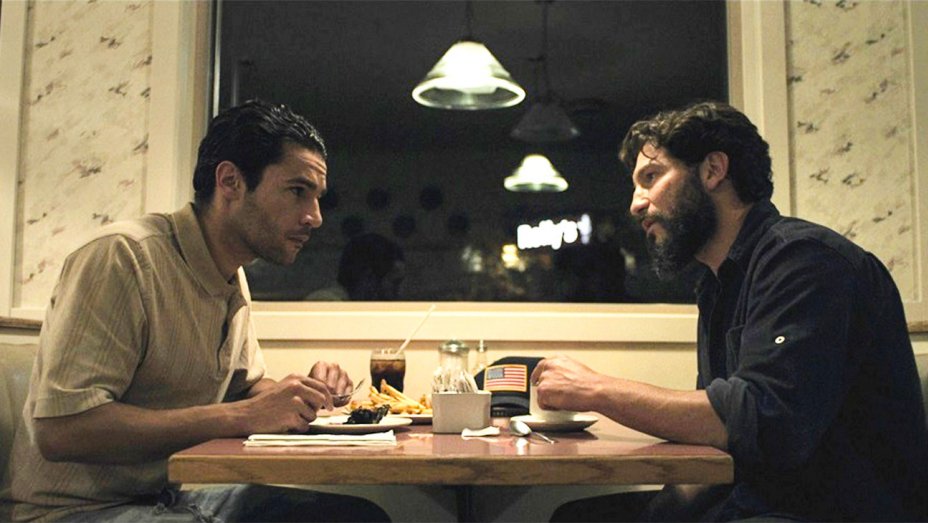 People keep making the mistake of messing with Jon Bernthal.
The actor has carved out a pretty solid niche for himself playing the tough guy with a sensitive streak that you
don’t want to cross—from Wind River to The Punisher to Baby Driver—and he
continues that streak with the thriller Sweet Virginia. As a former rodeo rider
trying to live a small life in a small town, Bernthal simmers as Sam, a guy
choosing to keep his emotions in check as the universe continues to serve him a series
of a setbacks. But how much can one person take?
Things in Sweet Virginia kick off with a murder, as so many
thrillers do. In a bar one night, three men play a game of cards, drinking and
kvetching, until another man comes in and shoots them all dead. He double
checks that they’re goners, and then shoots them a couple of times again for
good measure.
The small town hasn’t seen anything this gruesome in a long
time, and Sweet Virginia then pivots focus to two of the widows: the younger
Lila (Imogen Poots), whose wide eyes seem in a perpetual state of disbelief,
and the older Bernadette (Rosemarie DeWitt), who is having a quiet affair with
Sam. The two sneak between his motel room and her home, and although there is
clear affection between the two of them, a barrier is obvious, too. He puts a picture
of a woman and a young girl away when she visits. She always asks whether anyone
saw him come by. They’re in each other’s lives, but neither will fully
surrender themselves, either. 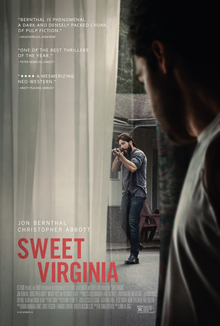 This is fairly standard small-town life, and that’s why Elwood
(Christopher Abbott) sticks out like a sore thumb. A new arrival staying at the
Sweet Virginia Motor Hotel that Sam manages, Elwood couldn’t be more obviously different
from those around him. He has a way of speaking that sounds like it’s a
struggle to get clipped, brusque words out. He has a trigger temper,
muttering a stream of vulgar insults under his breath at whoever pisses him
off. But he recognizes Sam from his rodeo days, and he’s the only person Elwood
seems to treat with any kind of respect. “You must get recognized” around here,
he insists, and when Sam demurs, the Elwood response is perfectly in line with
his character: “They’re fucking idiots.”

It is inevitable that Sam and Elwood will circle each
other, and because Sweet Virginia is a pretty effective genre piece, the movie
takes its time building the tension required between the two men. We see each
interact with other people, cementing their personalities—Sam’s struggle to react
to other people’s dismissal; Elwood’s phone call to a mother who doesn’t seem
to remember him—and the pacing is measured enough that scenes seem to unspool
rather than unravel.
And this is an absurd cast: Jonathan Tucker makes a
foul-mouthed impression in his brief few minutes of screen time; Poots and
DeWitt draw you into their dynamic of two women trying to move on from a horrendous
crime; and of course, Bernthal and Abbott play quite well off each other. The shortcoming
of Sweet Virginia, though, is that its sparseness means Sam and Elwood unfortunately
don’t have that many scenes together, and because the narrative is kicked off
with the murders, the forward momentum of the plot is tied directly to that
event, and doesn’t have much room to grow.

Sweet Virginia would benefit from more interactions
between its main characters and an expanded plot, but it’s a sign of the
overall quality of the film that the complaint is we want more. Cut from the same cloth as the modern-day classic
Blue Ruin, Sweet Virginia is a solid genre exercise.