There are two facial expressions that are secret weapons
in Marianna Palka’s film Bitch: Her own glare, which is a determined look that
communicates layers upon layers of disgust and resentment, and her costar Jason
Ritter’s dopey grin, which he uses as a defense mechanism against knowledge of
his own inadequacy. Together, how Palka captures rage and how Ritter
demonstrates irresponsibility are the keys to a film that addresses personal
and marital dissatisfaction in what is purposefully an off-putting way—with a person,
who for years has been treated with a lack of humanity, quitting acting human
altogether.
Bitch is written and directed by Palka, who you may
recognize from Neflix’s GLOW, and there is some overlap between how that series
jumped tonally between physical comedy antics and deep-seated personal anxiety
and this film.  On a very surface level,
you could smirk at how Jill Hart (Palka), when she assumes the identity of a
vicious dog and stops acting human, throws her shit around and intimidates her
philandering husband Bill (Ritter) and refuses to engage with her children. She
is that bitch. 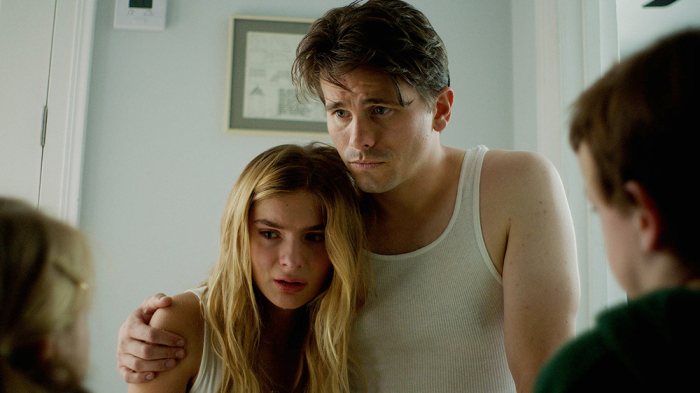 But consider the scenario for even slightly longer than a
few seconds and there is, of course, something profoundly sad about it—about the
degree to which Jill is pushed around and the depths to which she’ll plunge to
exert even any semblance of control over her life. Her kids yell at her and
take her for granted. Her husband simultaneously ignores and belittles her.
When the film opens with a scene of Jill trying to hang herself from the dining
room chandelier in their upper-class home, you know things are already pretty damn dark.

The premise of Bitch is pretty straightforward, and the
film isn’t necessarily that surprising narratively once you accept the basic
idea that Jill would rather scramble around her basement’s home naked,
defecating and urinating freely, then listen to her husband’s lies or her
children’s whining any longer (and I don’t blame her, because they are all
initially terrible). What the plot does when Jill’s storyline is fairly
contained is switch to Ritter as Bill, who is your typically awful husband who uses
his demanding, well-paying job as a way to totally disengage from his children
and abuse his wife. Ritter is all zeal, from how he collapses in an elementary
school playground after having to spend a morning with his four children (the
horror!) to the self-righteous way he mocks a doctor (a woman, of course) who
suggests that Jill would benefit from psychiatric care. It’s hard to imagine
another actor with Ritter’s unique combination of affability and smugness who
would work as well as Bill, and although the film leans on his character more
than you would expect, he can handle it. 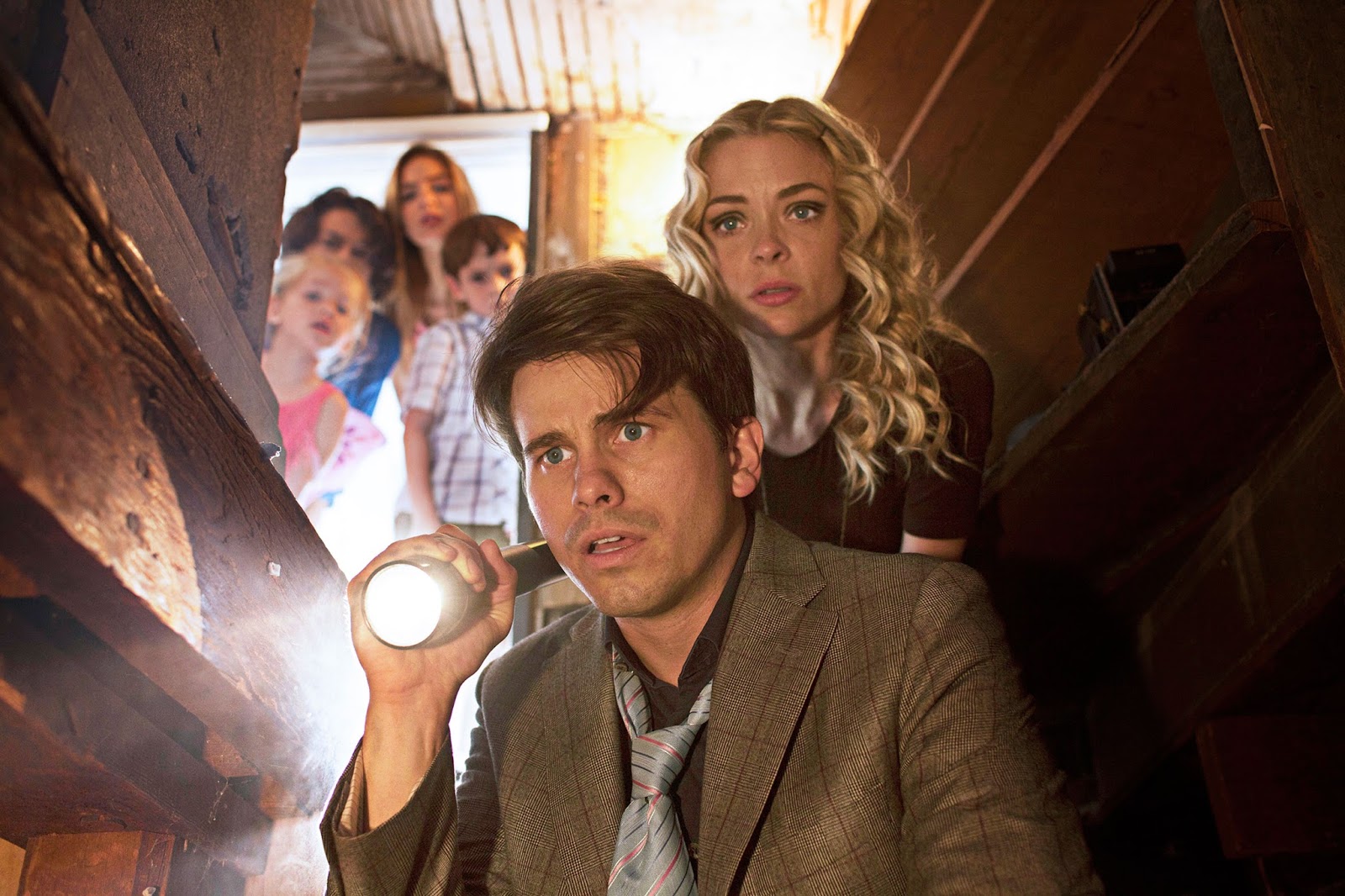 As a foil to Bill, Jaime King as Jill’s sister Beth is a
grounding presence; her increasing, barely contained frustration with her
brother-in-law serves as a reflection of our own audience experience. It’s her
reaction that the film uses to play with horror tropes; in a scene where Beth
tries to remind Jill of their shared childhood, the use of camera angles and
framing makes the confrontation feel more like something out of a zombie film
than a family drama. It’s an effective switch-up that keeps Jill mysterious and
unknowable.

Still, it’s a little disappointing how cut-and-dry the film
gets toward the end, and how tidily—and somewhat expectedly—the narrative deconstructs
the components of an upper-class suburban life to signify true happiness. And
how Jill’s transformation is ultimately an impetus for Bill’s realization of
how to be a better father and a better husband is a little disingenuous, too,
since it seems to stymie her own character development at the expense of Bill’s.
Nevertheless, Bitch is darkly funny and often oddly
satisfying, and how perfectly Palka and Ritter understand their roles goes a
long way. The film could have skewed a bit more horror or a bit more comedy,
but the family-drama lane it chooses isn’t bad either.