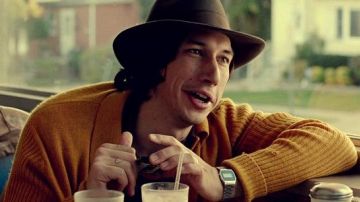 Noah Baumbach made his first streaming foray by hooking up with Netflix on the release of The Meyerowitz Stories (New and Selected), and it must have been a fruitful partnership. Certainly, it was a film that would have had trouble finding a market in the over-crowded superhero/tentpole field, and if there’s something good to say about Netflix, Amazon, and other such services, it’s that they’ve become a home for filmmakers who don’t often appeal to multiplexes. And so Baumbach is coming back to Netflix on his next movie, and already the cast is shaping up nicely.

Baumbach has set Scarlett Johansson, Adam Driver, one of my personal favorites in Emmy winner Merritt Wever, Laura Dern, and child actor Azhy Robinson. There aren’t any details on the untitled film yet, but we can probably make a judgement based on Baumbach’s prior credits. He and Driver seem to have hit it off, as this will be their fourth time working together, while it’s his first time directing Johansson and Dern. Wever won an Emmy for her amazing run on Showtime’s Nurse Betty, and had a brief yet controversial stint on The Walking Dead. She’ll be seen next in Netflix’s Western series, Godless, which already has some terrific buzz. And she actually worked with Baumbach before, having made a small appearance in Greenberg.

Expect production to begin soon, once Johansson and Driver’s schedules clear up. They have some small projects coming up you may have heard about. [TheTrackingBoard]