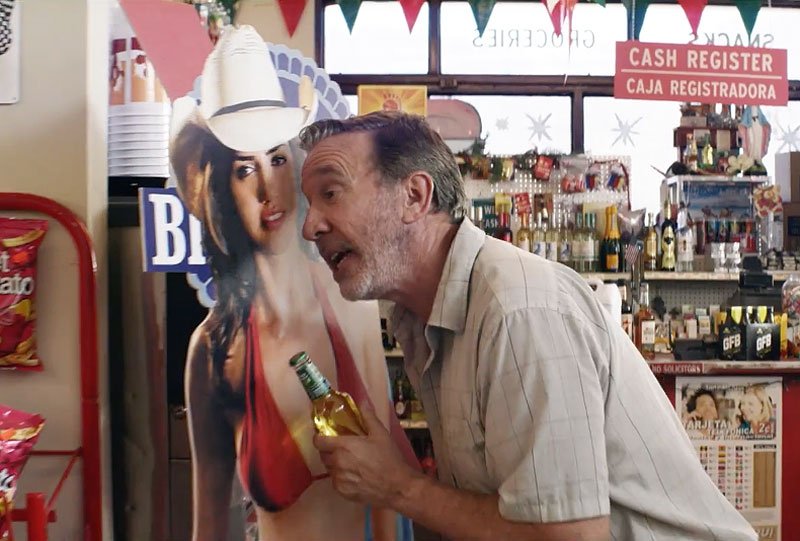 Netflix makes some odd original Christmas offerings. Remember A Very Murray Christmas? Where’d that even come from? I mean, it was good but still. And now we have El Camino Christmas, a holiday hostage romp full of more B-listers than you could stuff a stocking with. It looks pretty harmless and like the kind of thing you can have on in the background while opening presents, but there’s at least one reason to expect a tiny bit more.

That reason would be co-writer Ted Melfi, who we know as the guy who wrote and directed Hidden Figures. Now to be fair, Melfi also penned the senior citizen crime comedy Going in Style, so he’s not above less prestige-worthy material. The film stars Tim Allen, Dax Shepard, Kurtwood Smith, Jessica Alba, Luke Grimes, Vincent D’Onofrio, and Michelle Mylatt, in the story of drifter who is mistaken for a drug dealer so he takes a bunch of people hostage in an El Camino, NV liquor store. Adding to this ticking clock scenario is that one of the people he’s holed up with is his father. Ugh, that seems like an unnecessarily serious point to add to a movie that looks decidedly un-serious.

El Camino Christmas hits Netflix on December 8th, and is directed by David E. Talbert who was last behind the camera for the family comedy Almost Christmas.