Home Reviews Khalil Review: ‘Self Made: Inspired by the Life Of Madam C.J. Walker’Octavia Spencer... 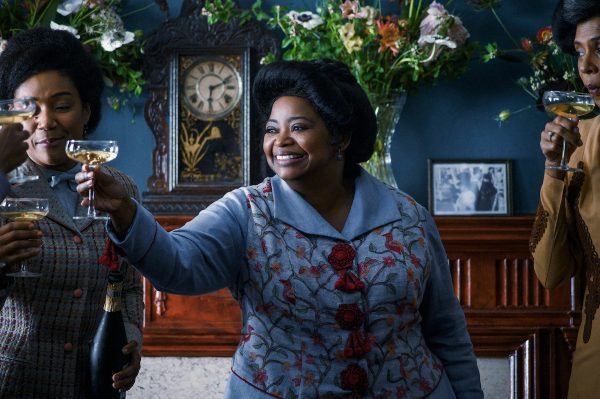 Every Black History month our schools roll out the hits of usually the same black historical figures who have made a difference in America. Most of the time its someone Civil Rights leaders, abolitionists, and the occasional “first” black person to do… something. Sometimes Madame CJ Walker ends up on that list as she was one of the first self-made millionaires (hence the title), not just black women, but all women, but we really don’t get to hear that much about her because it’s within the limited scope of school Black History Month lessons. Lucky for us, Netflix is continuing it’s “Strong Black Lead” campaign and giving us a history lesson in their four-part limited series Self Made: Inspired by the Life of Madam C. J. Walker.

Executive produced by LeBron James (yes that LeBron James), Kasi Lemmons (who directed last year’s Harriet and directs the first two episodes of Self Made), and Madame CJ Walker herself, Octavia Spencer, Self Made shows the rags to riches tale of Sarah Breedlove born just a few years after the end of American slavery, and during reconstruction, had dreams of launching her own hair care product and transformed it into a mega-empire complete with warehouses, and a sales force of more than 200 young black women entrepreneurs. She even lived next door to Rockefeller. 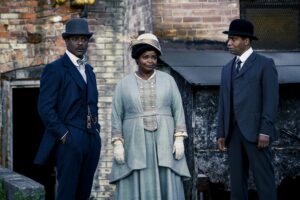 Shortly after Emancipation, many blacks are moving from the South in search of opportunities, and young clothes washer Sarah (Octavia Spencer) who has lost her hair due to stress of a former husband, befriends local hair care entrepreneur Addie Malone (Carmen Ejogo) and discovers the wonder of her hair growth formula. At that point, a bright light goes off for Sara and she decides to get into the hair care business. Partnering with her new husband Charles James (Blair Underwood), her daughter Lelia (Tiffany Haddish), her right-hand-man Ransom (Kevin Carroll) and countless others, they set out to get into the hair care business. At first, it’s trying to sell door to door, then setting up a warehouse/beauty school in her home, and then blossom it into an empire. But it’s not without hardships for Sarah in her journey to Madame CJ. For one, here and Addie had a rivalry for the ages with plenty of backstabbing and one-upping each other to become the top boss in the haircare business. To quote rapper Xzibit: “Sometimes the business end of this shit will turn your friends (or in this case family) against you.” 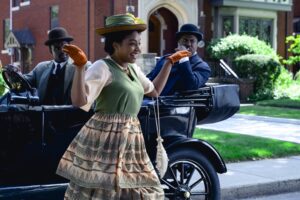 The cast is stellar. Spencer continues to remind you why she has an Oscar and other awards on her shelf as she shines as Madame CJ Walker. Blair Underwood (who I’m convinced is a vampire as he has not aged much since LA Law) is great as her complicated husband, who wants a seat at the table, but feels neglected and emasculated as a husband supporting his wife’s business at a time when women’s rights were still frowned upon. Carmen Ejogo plays the right amount of nasty to Spencer as her business rival Addie. Garrett Morris, the elder statesman of the group reminds us in the story that this takes place not far after slavery has ended and although imparts wisdom to everyone, he also lets you know that things could be much worse. Even Bill Bellamy is in this as an “investor” with a troubled past. The big star of the movie surprisingly is Tiffany Haddish who plays against her usual typecast as Walker’s young daughter Addie. While some of her funny loudness bleeds through a little, she actually gets to show her range as she wants to support her mother and her business and family ideas, but at the same time has to exist as a closeted lesbian at the turn of the century who just wants to live her life the way she sees fit, something people still struggle with now in 2020 and is unheard of in the 1900s. Don’t be surprised if Haddish continues to try and stab in the more serious and dramatic territory for roles, she really does a great job. 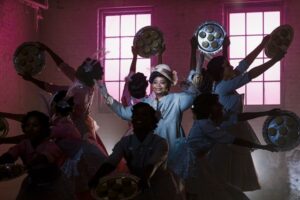 While the story of Madame CJ Walker is one that needs to be told, the presentation sometimes doesn’t work. For some reason, we have the mindset that all black movies have to incorporate hip hop into it. This is a film based in the 1900s with stellar production design, yet at least twice an episode we have to hear some variation of mumble rap that drastically throws things off. There’s talk of juke joints, why not have some culturally relevant music of the times? Self Made also engages in some surrealism that feels out of place. Whether its showing Madame CJ Walker in a boxing match against Addie to give a visual display of their rivalry and going head to head against each other, or Walkers dream of opening her warehouse complete with a musical number and dancers. Sure, it’s visually interesting, but it doesn’t really add anything to the story. Just the drama of the back and forth between Walker and Addie works better with their words and actions. An interesting choice, but just feels weird in the rest of the serious moments of the show. 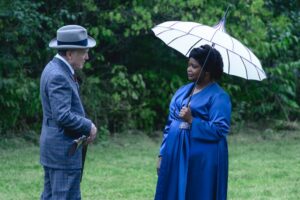 However, Self Made works well by offering a glimpse of black life in a post-slavery world. Most people think there’s slavery, emancipation, and then civil rights based on our education. In fact, there was a period in time when there were black congressmen and many black businesses that thrived before Jim Crow came in effect. In fact, Walker gives her investment pitches to a room full of black businessmen and not white banks. Having Booker T. Washington and W.E.B. Du Bois appears to show a world of black intellectuals that is also a wonderful thing to display. Existing in this time period also shows the colorism and sexism that existed within black spaces as well. Much of CJ Walker and Addie Malone’s rivalry stems from Malone’s refusal to work with her because she wasn’t light-skinned enough. Walker also had her share of sexism from black men as well, who laughed her off because she was a woman and beauty products “don’t sell.” It shows how life was, good and bad for a young black woman to make and achieve her dream, which leads to satisfying storytelling. At 4 episodes, Self Made manages to keep you engaged with the fascinating story of a fascinating individual who doesn’t get as much credit as she should. 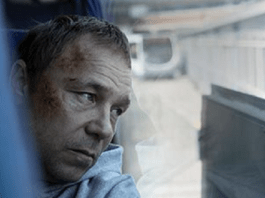 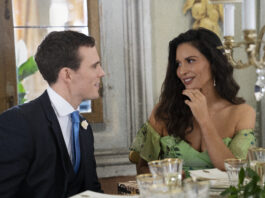 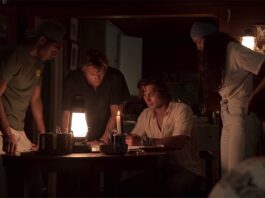