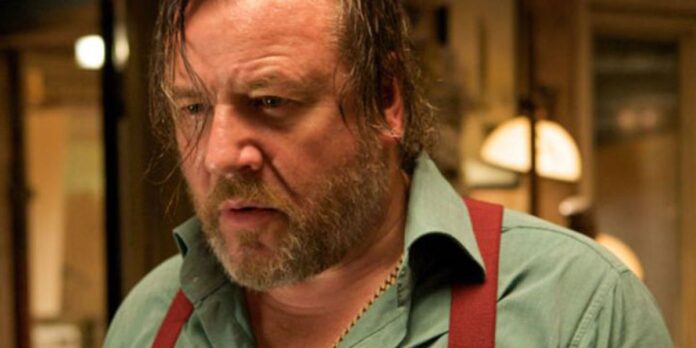 Disney has put Black Widow on hold for now, but there are still revelations to be had about the upcoming Marvel film. According to Twitter site Marvel Studios News, which sounds legit but we have no reason to believe it is, an upcoming Empire Magazine story reveals details on the character played by Ray Winstone. And he’s more than just a figure in Natasha’s past, he’s been referenced in an earlier movie.

The upcoming issue of Empire has Scarlett Johansson on the cover, and features a profile on Black Widow. That said, the issue isn’t available online yet so there’s no way to verify anything. But here’s how it goes: the story apparently reveals Winstone’s character to be named Dreykov. Sound familiar? It’s okay if not, but he’s the guy in charge of the Red Room, the secret Russian facility where young women are brainwashed into assassins.

Here’s the thing, Dreykov has been referenced before. In 2012’s The Avengers, Loki mentions Dreykov while being interrogated by Natasha. She wants to clear the red from her ledger, and he replies “Can you wipe out that much red? Dreykov’s daughter…São Paolo…the hospital fire…Barton told me everything.”

Assuming this is all legit and Winstone is playing Dreykov, it suggests he could be coming to get revenge on Natasha and her family because she, perhaps, destroyed his. Makes sense, and considering this story takes place just prior to Infinity War it would explain why she has such an emphasis on protecting her friends/family from that point on.