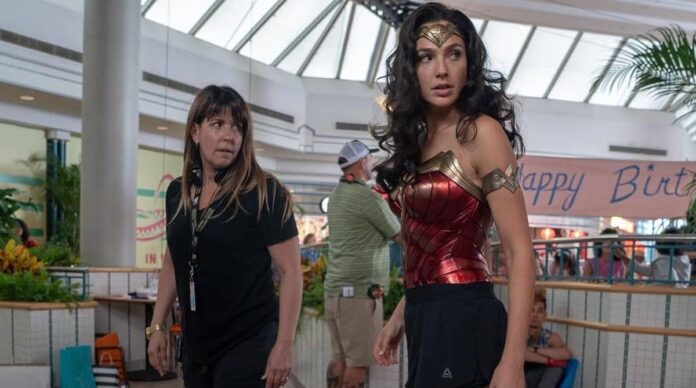 Marvel Studios understandably took a lot of heat for waiting so long to have a female director, something they wouldn’t do until Anna Boden co-directed Captain Marvel. But in reality, Marvel already had hired a woman, way back in 2011 when Wonder Woman’s Patty Jenkins was to direct Thor: The Dark World. She ultimately left over creative differences, but in a new interview with Vanity Fair she revealed the reasons went far deeper than that.

I bet you can figure out what those reasons were.

Turns out, Jenkins saw the writing on the wall and that it was going to be a terrible movie. And as a female filmmaker, when so few women are asked to direct superhero films, she was worried about the impact to her career long-term…

“I did not believe that I could make a good movie out of the script that they were planning on doing,” said Jenkins. “I think it would have been a huge deal—it would have looked like it was my fault. It would’ve looked like, ‘Oh my God, this woman directed it and she missed all these things.’ That was the one time in my career where I really felt like, Do this with [another director] and it’s not going to be a big deal. And maybe they’ll understand it and love it more than I do.”

“You can’t do movies you don’t believe in. The only reason to do it would be to prove to people that I could. But it wouldn’t have proved anything if I didn’t succeed. I don’t think that I would have gotten another chance. And so, I’m super grateful.”

She had reason to be concerned. All one needs to do is look at what befell directors like Lexi Alexander (Punisher: War Zone) and Karyn Kusama (Aeon Flux) as women who got their big blockbuster shot, and then were never given that opportunity again when the movies failed.

Jenkins turned out to be right, of course. Thor 2 is considered one of the worst MCU movies if not the worst, and she went on to direct Wonder Woman, one of the most highly-regarded superhero films in years. Wonder Woman 1984 is next for her on August 14th.

The Amazons Of Themyscira May Be Getting A ‘Wonder Woman’ Spinoff