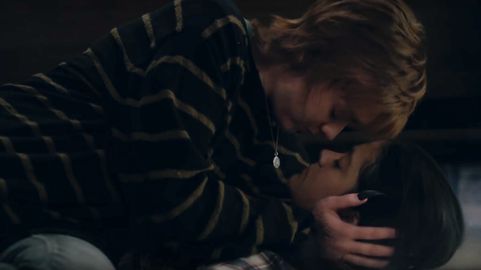 One thing that can’t be overlooked with Marvel’s New Mutants film is the close bond those characters share. It’s greater than what we see from the X-Men, X-Force, or other mutant teams. These are teenagers, highly emotional and super-powered ones at that, and those emotions always run high. For his upcoming film, Josh Boone says two of the New Mutants members will share an especially tight relationship, and give us the first gay superhero love story we’ve seen in a major movie.

Speaking with EW, Boone revealed that Rahne Sinclair (Maisie Williams) and Danielle Moonstar (Blu Hunt) will share a “beautiful love story”, making this the rare example of a superhero film with an LGBTQ narrative at the forefront.

Williams said, “We just wanted to extend that in the film and put that within reality. If they really could understand each other on that level, then you’d probably end up falling in love with that person.”

She added, “It’s not really a story about these two characters understanding their sexuality,. It’s not centered around that and they don’t really necessarily label it. No one else does either and no one really questions it.”

This is interesting because we’ve spent so much time focusing on the negative behind-the-scenes aspects of The New Mutants that we know very little about the actual story. This is one of those details that could entice a greater audience to give the movie a chance, and it’s unfortunate it has been buried for so long. Hopefully, this helps turn things around because the early estimates aren’t great.