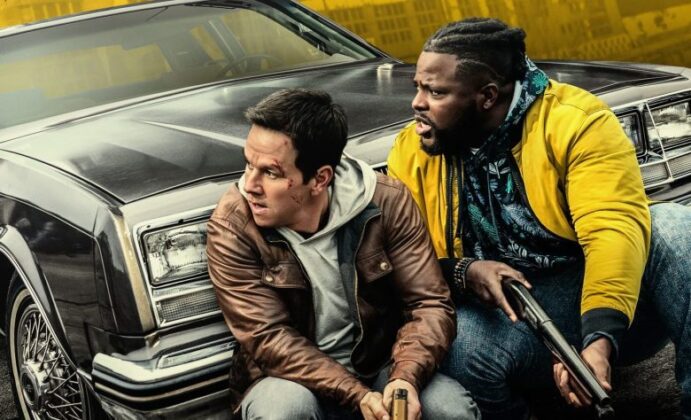 Marky Mark is back protecting the streets of Boston in the new Netflix action flick Spenser Confidential. Spenser (Mark Wahlberg) is finally out of prison after five years serving for a litany of charges including disturbing the peace and aggravated assault of a police officer. The only thing is, Spenser was a police officer himself and the officer he assaulted was Captain Boylan (Michael Gaston) of the Boston Police Department – a cop that Spenser believed was dirty and was starting to build a case against when his emotions took over and he decided to take justice into his own hands. Now Spenser aspires of taking his aging beagle Pearl to Arizona and becoming a truck drive.

Until those dreams can become a reality, Spenser is living at boxing club owner Henry Cimoli’s (Alan Arkin) house while sharing a room with Hawk (Winston Duke) and doing all he can to hide from his ex-girlfriend Cissy (Iliza Shlesinger). Hawk has a checkered past himself, but Henry believes in him and his fighting abilities and asks Spenser to train him in the ring. Spenser and Hawk got off to a rocky start, with Pearl having taken very kindly to Hawk during Spenser’s absence, but Henry believes they can get past that and work together.

The night Spenser is released from prison the shit hits the fan. Boylan is found murdered in an execution-style killing and officer Terrance Graham (Brandon Scales) is the main suspect in what the police are calling a murder-suicide. Due to their history, Spenser is at the top of the suspect list and even his old friend on the force Driscoll (Bokeem Woodbine) is forced to check on Spenser’s whereabouts the night of the murder. Luckily for Terrance and his wife Letitia (Hope Olaide Wilson), Spenser has no doubt in his mind that Terrance is being framed and decides to do a little digging himself with the help of Hawk and Henry. Before long Spenser starts to untangle a corrupt scheme involving a local gang (the Trinitarios), dirty cops, drugs, and a whole lot of money – the only question is how deep does the corruption go?

Spenser Confidential is based on the novel Wonderland by Ace Atkins featuring characters made famous by the late Robert B. Parker. Robert Urich portrayed Spenser in a popular TV series in the 1980s, followed by a short-lived Hawk spinoff led by Avery Brooks of Deep Space 9 fame. Peter Berg is at the helm of the film and he and Wahlberg are quite familiar with each other – this being the fifth Berg directed film that Wahlberg has stared in (and fourth since 2016!). Berg knows how to get the best out of Wahlberg and what the people want to see from him. There is absolutely no need to be testing any of his acting chops in Spenser Confidential and Berg realizes that – he goes with the silly humor, over-the-top fight scenes, and shirtless Wahlberg combo that has made him so near and dear to millions around the globe.

It’s interesting that the film is called Spenser Confidential in the first place when Spenser and his investigation is as brash and obvious as possible. He goes running headfirst into situations like a bull in a china shop, finding himself fighting against multiple people at once time and time again, continuously getting his ass kicked. These fight scenes typically involve some sort of classic rock blaring in the background, of course featuring at least one Boston hit. Berg has some great comedic touches throughout the film – from bits of dialogue, scene changes, framing, and flashbacks he manages to keep the audience engaged and laughing. Spenser Confidential isn’t revolutionary by any means, but it is a solid action flick that is worthy of a watch, and there is absolutely a place in this world for movies that are simply a fun ride.