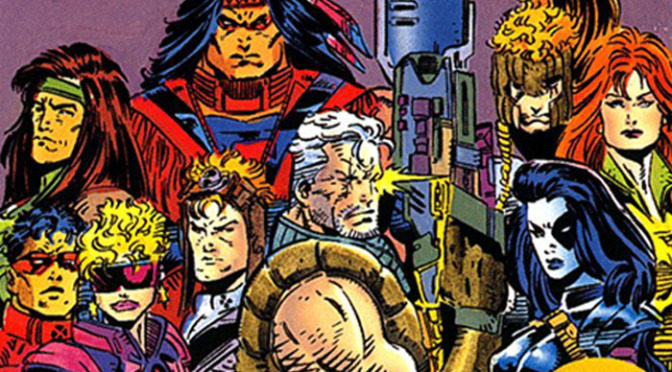 I’ll never forget, it was back in 2013 just ahead of Comic-Con that news broke of an X-Force movie, led by Truth or Dare director Jeff Wadlow. That fell through for a variety of reasons, like the failure of Wadlow’s Kick-Ass 2, followed by the emergence of Deadpool as a blockbuster hit.

Wadlow is out there promoting his latest horror, Fantasy Island, and opened up about his plans for an X-Force trilogy. Based on what he says, the plan was pretty extensive and would’ve seen the militant mutant team evolve over time…

“Kevin Feige, if you’re reading this, I will do anything at all to work on your version of the X-Men and X-Force. I’m a filmmaker because of 90s comics, so I obviously love them dearly, and it was actually a dream come true for me to write X-Force and meet Rob Liefeld. I loved doing it and would of course do anything to be part of whatever new iteration they have planned.

“What I can share about my take on the property (as it’s not really relevant any more since Deadpool 2 introduced Cable, and I wrote X-Force before Deadpool 1 even came out), is that it asked if X-Men was about mutants who get to go to private school with Wolverine and Professor X, and have the Blackbird swooping down to pick them up, what about the mutants that have to go to public school? What about the ones who don’t have the benefactor looking out for them, and what about the kids who have to figure it out on their own? We then would have introduced that darker, more militant mentor in the form of Cable.

“I plotted out this three movie arc that took X-Force from what it was in the 90s with Rob Liefeld with a band of kids fighting for what they believe in, and then by the third film, the group would have grown and changed and lost and picked up some new members, and basically turned into Rick Remender’s version of the X-Force in the early 2000s. That was a much darker hit squad and black ops team who had lost their way over the course of the three films.

“They’re plans which never came to fruition, but I’m super grateful to have had the opportunity to have just written the script.”

I would’ve loved to see the team grow like that. The thing I always loved most about the early versions of X-Force is how it evolved from the impressional New Mutants into the most violently aggressive mutant squad under Cable’s leadership. Too bad we’re unlikely to see that happen under the Disney/Marvel umbrella.