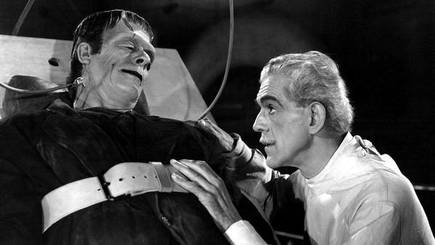 The success of The Invisible Man has Universal doin’ the Monster Mash again. While they aren’t formally recreating the failed Dark Universe experiment, the classic movie monsters are indeed coming back. And the latest, which sounds a lot like a Frankenstein movie, will be spearheaded by James Wan.

Wan is reportedly developing a new monster movie for Universal, with Supernatural writer Robbie Thompson on the script. The number of monsters out there for Wan to choose from are vast, including Dracula, the Wolfman, and more, but it sounds like this will be a contemporary take on Frankenstein, just as The Invisible Man was a modern version of that character. Here’s the description:

“With shades of Disturbia, the story will focus on a group of teens who discover that a neighbor is building a monster in his basement. Spoiler: the monster gets loose.”

Wan’s horror cred is beyond reproach, with Saw, The Conjuring Universe, and Insidious to his credit. He’s even got a horror-themed Aquaman spinoff, The Trench, in the works right now. Beyond that, he’s just a really smart businessman who knows how to crank out consistent blockbusters. There’s not much he can’t do. Surely, his version will be better than 2015’s Victor Frankenstein, which managed to be terrible despite James McAvoy and Daniel Radcliffe.

So add this movie to Universal’s growing lineup of monster flicks including Dexter Fletcher’s Renfield, Paul Feig’s Dark Army, and Elizabeth Banks’ The Invisible Woman. There’s also a Bride of Frankenstein movie out there, too.

An Old Tale with a New Twist, Elizabeth Banks to Direct and Star in ‘The Invisible Woman’ for Universal