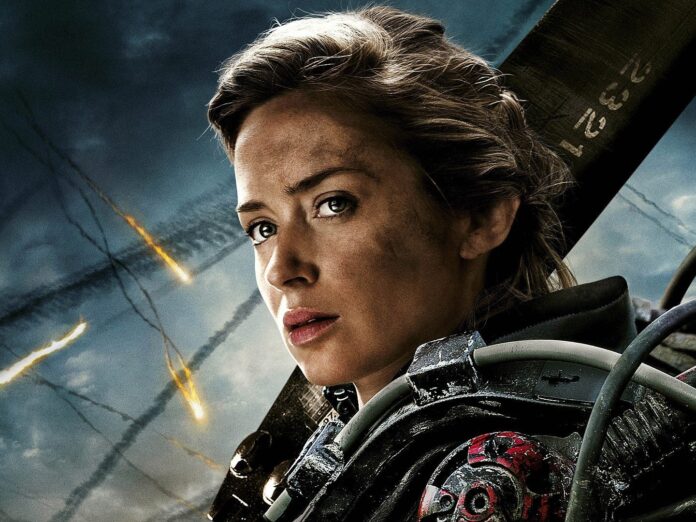 It’s sorta ironic that every update on an Edge of Tomorrow sequel is the same story told over and over again. New writer comes aboard, the story has been figured out, Doug Liman is ready to go, it’s all about timing, etc. etc. etc. And now you can add Emily Blunt’s two-cents on the matter, and once again it doesn’t really move the needle much.

Speaking with Indiewire while promoting A Quiet Place 2, Blunt says she hopes to return as badass Sgt. Rita Vrataski in Edge of Tomorrow 2, but doesn’t sound convinced it will happen…

“I think there’s an idea, that he says is great. And he says this guy came in and cracked the case. How the stars will all align for us to be able to do it. I don’t know. I hope they do.”

We’ll see about that. The last writer to join, and presumably the one who “cracked” the story, was Matthew Robinson and that was followed by Liman’s confirmation of its completion. The problem is still timing, however, and with Tom Cruise buy on back-to-back Mission: Impossible sequels it could be a while before Edge of Tomorrow 2 sees the light of day. By then, who knows how busy Blunt could be? She might be working on A Quiet Place 3. Something tells me the time has passed and it might be a good idea to let this one go.