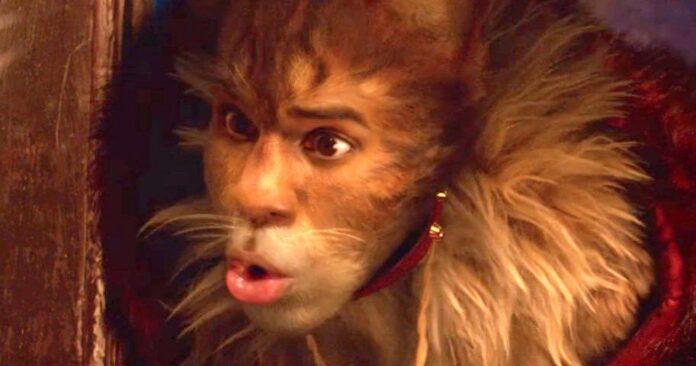 The world pretty much sucks right now. A pandemic is sweeping the globe, people are sick, we’re all stuck inside, and our most anticipated movies are on the shelf. But in this time of crisis, fans of trash cinema have found solace in the digital release of Tom Hooper’s Razzie Award-winning Cats. And as if making fun of the ridiculous Jellicles one more time wasn’t enough reason to get excited, a new rumor suggests another version, a perhaps even lamer version, is out there waiting to be unearthed.

If you’ve seen the #ReleaseTheButtholeCut tweets out there today, just know that, yes, they do indeed have to do with Cats. It all started with writer Ben Mekler’s tweet about wanting a tell-all book about the much-ridiculed musical. A response by Jack Waz blew up the Internet by teasing the possibility of an even weirder cut of the movie in which the felines have one more orifice than the theatrical cut offers…

A VFX producer friend of a friend was hired in November to finish some of the 400 effects shots in @catsmovie. His entire job was to remove CGI buttholes that had been inserted a few months before. Which means that, somewhere out there, there exists a butthole cut of Cats

The only thing that could make Cats even more of a hallucinogenic mind fuck? CGI buttholes, that’s what.  All I’m saying is that I hope this puts to rest the #ReleaseTheSnyderCut demands in favor of #ReleaseTheButtholeCut, because that’s what the world really needs right now.  And hopefully, there will be an interview with the guy whose job it was to remove said feline buttholes. Most. Views. Ever.

In A Time Of Turmoil, The Razzies Unite Us In Our Dislike Of ‘Cats’