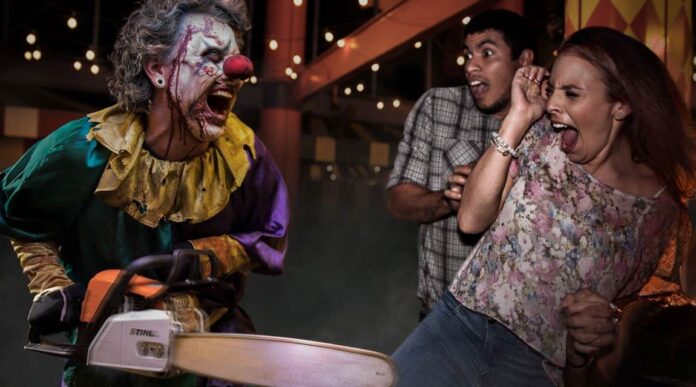 Jason Blum may want to chill on announcing the horror flicks he wants to make for Universal. The last time he did it was to express a desire to do a Frankenstein movie, and that was promptly given to James Wan to do soon after. Oops. Now, Blum has his eyes set on making reality of a Halloween Horror Nights flick, only this time it’s a bit beyond the idea stage.

Speaking with Collider, Blum said that Blumhouse is already trying to crack a movie based on the annual Universal Studios Halloween Horror Nights event. Basically, the entire theme park is converted into a giant homage to the scariest of holidays, with haunted houses, mazes, etc.

Blum said, “Yes! Definitely! We’ve actually talked about it. We haven’t quite figured it out, but there’s definitely a movie in Halloween Horror Nights somewhere.”

This sounds like a perfect setup to a slasher flick set in a giant amusement park. It’s a well-worn idea, most recently done to great effect in 2018’s Hell Fest, but also a tried-and-true one. Blumhouse could definitely come up with a novel approach to it.