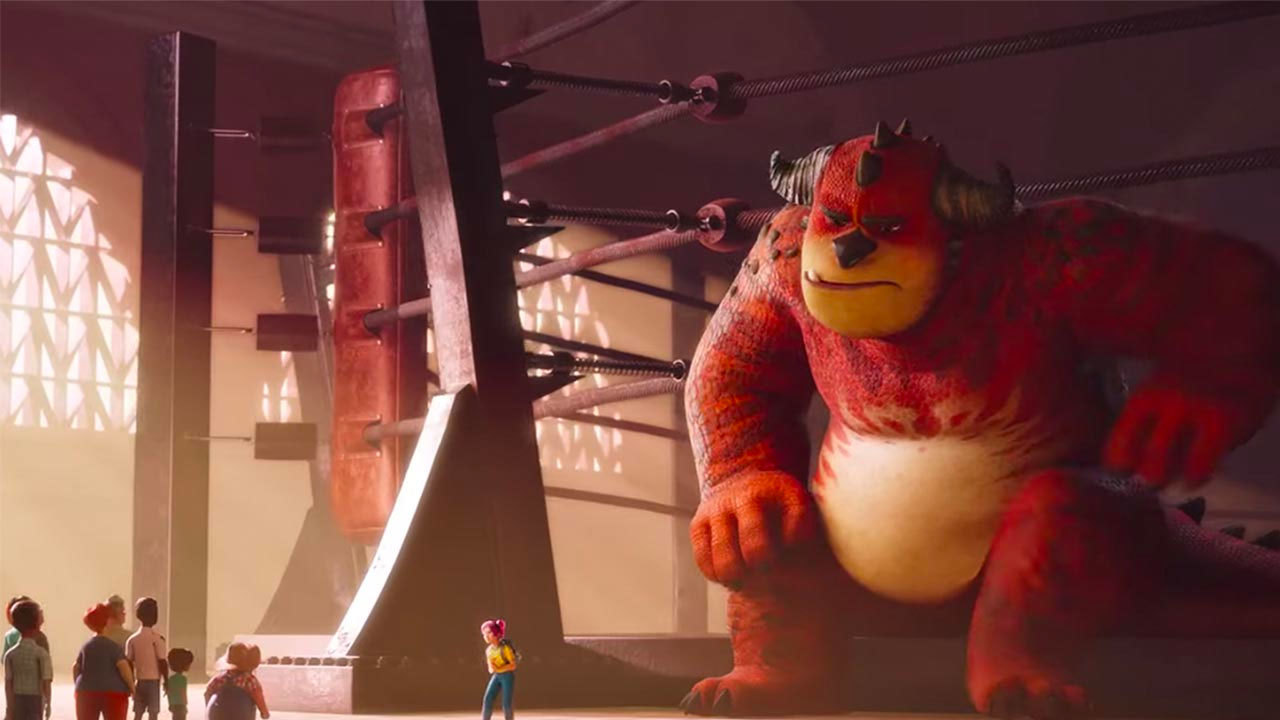 The buildup to WrestleMania is here and it’s real, but for two of the WWE superstars who are guaranteed to be somewhere in the main event, that road has taken an unusual detour. Roman Reigns and Raw Women’s Champ Becky “The Man” Lynch are two of the featured voices in Rumble, an animated collaboration between Paramount and WWE Studios that takes sports entertainment to a monstrous new level.

“Let’s Get Ready to Rumble!”, the voice of Michael Buffer introduces us to the first trailer for Rumble, which is set in a world where monsters compete in the sport of professional wrestling, becoming global superstars in the process. The trailer features current champ, Tentacularis (voiced by Terry Crews), a glow-in-the-dark tentacled shark-like creature with legions of adoring fans and an unbeatable track record. But one human girl, Winnie (Geraldine Viswanathan), hopes to change that by training the unimpressive monster Steve (Will Arnett) into a champion.

The film is directed by Hamish Grieve in his directorial debut, from a script co-written by Tropic Thunder‘s Etan Cohen. Besides Reigns and Lynch, other voices include Tony Danza, Sonic the Hedgehog‘s Ben Schwartz, and Stephen A. Smith.

Rumble takes the ring next year on January 29th.

‘Hobbs & Shaw’ Final Trailer Is Somehow The Most Badass One Yet