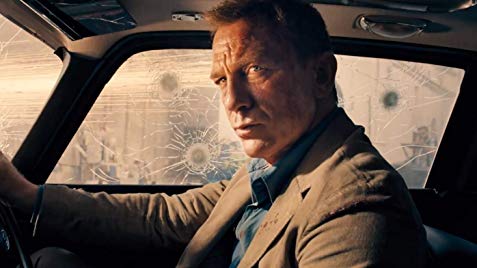 Cementing its place as one of the most misleading titles ever, No Time to Die is reported to have the longest runtime in the franchise’s history. Regal Cinemas has clocked the 25th James Bond film at a whopping 163-minutes, or 2 hours and 43 minutes, so pack a lunch and perhaps one of those astronaut diapers.

It wouldn’t be fair to suggest the movie’s length will hurt box office, especially with extra-long films like Avengers: Endgame and Once Upon a Time in Hollywood in the very recent past, but it probably doesn’t help. This could be a huge gamble on Sony’s part because the Bond franchise does not have the committed fanbase of Marvel Studios. They could afford to clock Avengers: Endgame at an insane 181-minutes because they knew audiences would show up, and they did in record numbers. But No Time to Die arrives five years after the franchise’s previous Bond record-holder, 2015’s disappointing Spectre, with 148-minutes. The level of audience devotion isn’t the same for Bond as it is for Marvel.

On the other hand, audiences may want to show up for Daniel Craig’s swansong as 007. It’s clear they’re going to squeeze every bit they can out of him before he rides off into the sunset.