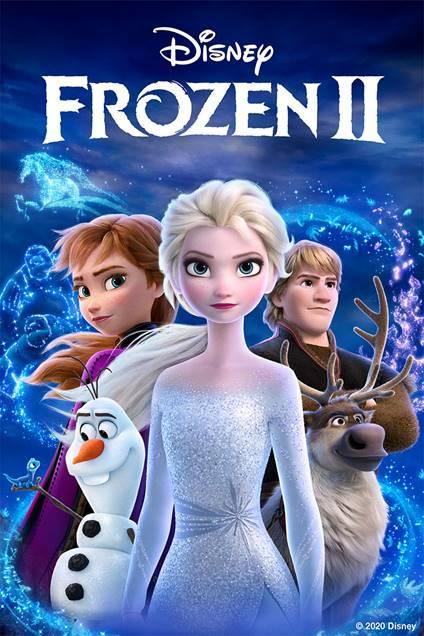 We’re happy to offer our readers the chance to win one of five copies of Disney’s Frozen 2 on digital! The magical, hit sequel reunites the voices of Kristen Bell, Idina Menzel, Josh Gad, and Jonathan Groff, with music by Oscar-winning songwriters  Kristen Anderson-Lopez and Robert Lopez. The film is available now digitally, February 25th on 4K Ultra HD™, Blu-ray™ and DVD.

SYNOPSIS: In “Frozen 2,” the answer to why Elsa was born with magical powers is calling her and threatening her kingdom. Together with Anna, Kristoff, Olaf and Sven, she sets out on a dangerous but remarkable journey. In “Frozen,” Elsa feared her powers were too much for the world. In the highly anticipated sequel, she must hope they are enough. From the Academy Award®-winning team—directors Jennifer Lee and Chris Buck, producer Peter Del Vecho and songwriters Kristen Anderson-Lopez and Robert Lopez—“Frozen 2” features the voices of Idina Menzel, Kristen Bell, Jonathan Groff and Josh Gad.


To enter, simply complete the Rafflecopter contest form below. Winners will be selected on Tuesday, February 25th and notified by email. Good luck!

DC Readers: Attend A Free Early Screening Of ‘The Way Back’