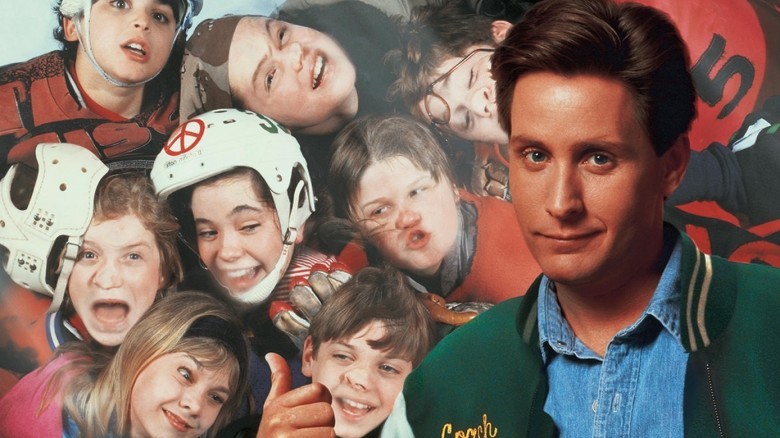 Everything old is new again! Yesterday we heard that Lauren Graham (Gilmore Girls) would be joining the Disney+ continuation of it’s classic kids film series The Mighty Ducks. Today we learn that the key piece of the puzzle is in place, as Emilio Estevez aka Mr. Gordon “Freakin'” Bombay is officially signed on to return for the series. What kind of perk package is Disney offering these days? I mean one day they bring Rick Moranis back and now Emilio! Must be one hell of a dental plan. Though I wouldn’t get nostalgic just yet as the Ducks don’t appear to be the same scrappy underdogs we remember from the mid-90’s (and no I’m not talking about the legal problems of the guy that played Goldberg). It seems that the Ducks went the Two-Face route, you either die a hero or live long enough to become the villain.

In present day Minnesota, the Mighty Ducks have evolved from scrappy underdogs to an ultra-competitive, powerhouse youth hockey team. After 12-year-old Evan (Brady Noon) is unceremoniously cut from the Ducks, he and his mom Alex (Lauren Graham) set out to build their own ragtag team of misfits to challenge the cutthroat, win-at-all-costs culture of competitive youth sports. With the help of Gordon Bombay (Emilio Estevez), they discover the joys of playing just for the love of the game.

Disney+ broke the news about Emilio’s casting on Twitter:

NO. CHILL. ?❄? #EmilioEstevez is BACK as Gordon Bombay! Check out this photo from production on The Mighty Ducks, an Original Series coming soon to #DisneyPlus. pic.twitter.com/SSVEDUuO4w