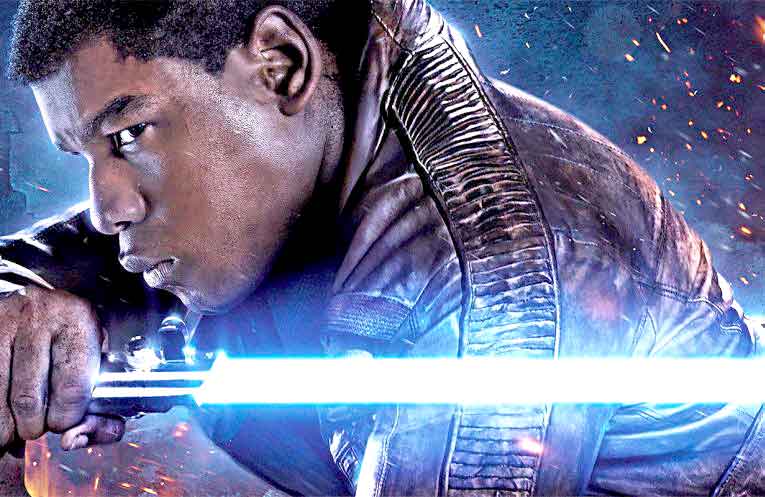 *SPOILERS AHEAD*
.
.
.
.
.
.
.
.
.
Ok, you’ve been warned. Really, these aren’t major spoilers but they do concern plot points from Star Wars: The Rise of Skywalker so I’m playing it safe. Yesterday Travis and I sat down to unpack and dissect the divise (but awesome) final entry in the Skywalker saga. First things first, you should check it out here. Now that you’ve caught yourself up you’ll know that one of the things we discussed was that Finn was about to reveal something to Rey in a moment of certain death, but never did. I, naively, just assumed he was going to say “I Love You”, because…well, he totally does. Travis however thought it was something deeper, he thought that Finn was going to reveal that he too was force sensitive. It took some doing but after seeing the evidence I was more on board with the idea then I may have wanted to admit.
Shocker….Travis was apparently right. These fan theories are a dime a dozen and are RARELY confirmed or denied by the filmmakers. Of course, in this situation, there was a chance to completely prove me wrong and JJ took that chance (I know it was personal, don’t try and argue). Twitter user Kaila Ren reports that the revelation was made during a fan meet and greet during an Academy screening of the film. Check out the tweet below, what do you think? Was this really the intent? Does it open up the chance for a Finn-based movie in the future or is it just a cool little tidbit?

I had the privilege of attending the Academy screening of #TheRiseOfSkywalker today and J.J. confirmed that what Finn wanted to tell Rey was that he’s force sensitive! pic.twitter.com/hxuDHhwL6N