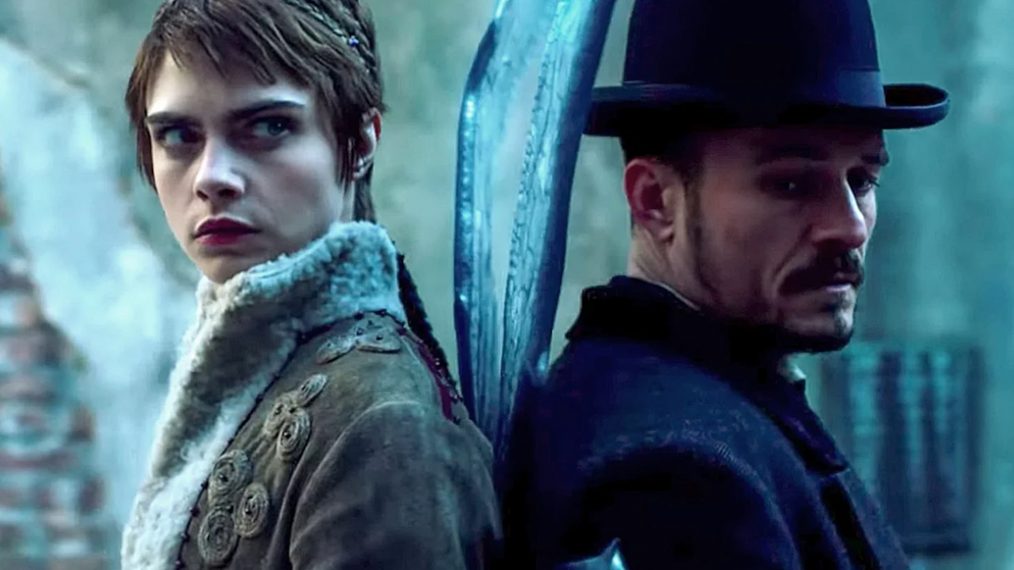 Just a couple of weeks away from its debut, and not long after a huge rollout at Comic-Con, Carnival Row is finally unveiling a full trailer for the fantasy detective series. Amazon has gone all in for the show, renewing it for a second season that will presumably bring back stars Orlando Bloom and Cara Delevingne, who play a human and a fairie caught in the middle of a conflict.

The previous teasers have kept a lot tucked away but now we’re seeing more of this clear allegory for today’s immigration crisis. Bloom plays Rycroft Philostrate, who investigates the murder of a fairie by something “unnatural.” Delevingne is his fairie lover Vignette Stonemoss. Together, they must solve the crime which is tearing at an uneasy peace between the humans and fairies, the latter living in horrible conditions in a place known as Carnival Row, a tiny neighborhood in the human-controlled city of The Burg.

The 8-episode series is the brainchild of René Echevarria and Travis Beacham, the latter a collaborator with Guillermo Del Toro on Pacific Rim. Del Toro had been attached to write, produce, and direct, but is no longer involved. Echevarria’s credits include Star Trek: The Next Generation, Terra Nova, and more.  Jon Amiel (Copycat, Creation) will direct.